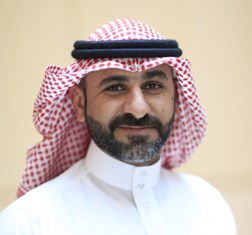 Share on:
The most innovative companies in the Kingdom are working to ensure Saudi has clean water and leads the green hydrogen era on a global scale.

What are some of your major ongoing projects in the Kingdom?

TURKI AL SHEHRI ENGIE is globally renowned. It is the number-one private power and water producer in the GCC. It executed its first projects in the Kingdom in 2012 with a focus on power and water generation. Moving forward, ENGIE reinforced its presence in the Kingdom with four large power and water plants, which represented roughly 10% of KSA’s capacity. As a result of this, it is also on the verge of opening a permanent office in Riyadh. ENGIE is globally shifting its focus to renewable energy, cogeneration, and green hydrogen, for which we are in talks with the ministries of energy, industry, and mineral resources. Green hydrogen is the future and is already the fuel being used by space shuttles. Saudi’s strength is that it has extremely cheap renewables; the country has great solar radiation and a great wind profile. In terms of green hydrogen, the electrolysis system will come through renewables. Even though it is extremely difficult to compete with gas-based hydrogen or gray hydrogen, the idea is to create a new energy using ENGIE’s technologies. We want to ensure Saudi leads the green hydrogen era on a global scale. Even though Saudi has oil and gas, which will remain its strength for decades to come, this is another opportunity to create a new energy that does not currently exist anywhere else in the world.

JESíšS SANCHO ACCIONA Agua was delighted to be awarded with this relevant desalination plant by the Saudi Water Partnership Company (SWPC), along with our top-tier co-developers. This is a key project for Saudi Arabia as part of its Vision 2030. It is also a large project and will entail a 450MLD or 100MIGD seawater reverse osmosis desalination facility. To be launched by as an independent water project (IWP), the SWPC will develop, design, build, operate, and maintain the plant for a period of 25 years. It will consist of a marine works, SWRO plant, 380Kv electrical substation, high-voltage overhead transmission line, product water tanks, and a connection with a nearby pumping station. The goal is to provide potable water to the city of Abha. ACCIONA Agua is committed to serving the country to the best of its ability in its quest for the National Transformation Program, and we are proud to be part of the second-largest SWRO plant under a PPP scheme and the third-largest single facility of its kind in Saudi Arabia.

How do you help invest in local infrastructure, whether human or physical?

TAS ENGIE took a huge leap in leading the private sector to operate differently in Saudi. To date, foreign company executives always came from the company’s home country. By hiring a Saudi as its CEO to represent Saudi Arabia, ENGIE took a significant step forward. This will guide us on how to better use our expertise because a local understands exactly what the country needs and where the focus should be. ENGIE has a global impact—we currently have operations in 70 countries—and at the same time a local presence in every country it operates. In our communications with the government, rather than trying to sell, we look at providing actual value. For example, jobs are the number-one objective of everything we do here. We will not simply continue to hire a greater percentage of local staff each year but also want to provide training to young Saudis and kick start their careers by providing them with training programs. This can be a continuous pipeline insofar as we are constantly contributing to the country. This is where having a local actually leading the strategy for a foreign company makes a huge difference in terms of adding wider value.

JS ACCIONA has set up several permanent establishments here in the last five years. We have offices in Riyadh and Jeddah from where we attend to the Saudi market. ACCIONA is a worldwide developer of infrastructure, be it transportation, water treatment, renewable and conventional power, or hydraulic energy. We are also experts in those public services that can improve the quality of life in the countries and cities where we operate. We aim to replicate the success achieved in more than 30 countries in the KSA and in as many verticals as possible. This is the reason why we have decided to have a permanent a long-lasting presence in the Kingdom.