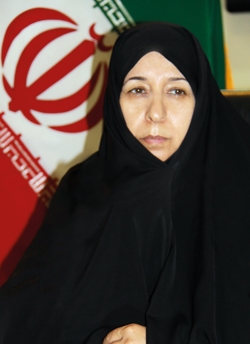 Irandokht Attarian has been working in the field of social economics for over 34 years. In that time, she has held a variety of positions at the Civil Servants Pension Fund, where she was Head of Promotion and the Efficiency Committee and Technical Deputy. She has also been Vice-Chairwoman of the Board of Directors at Behshar Industrial Development Corp. Prior to assuming the position of Managing Director of the Civil Servants Pension Fund, she held the role of Member of the Board of Directors at Islamic Republic of Iran Shipping Lines (IRISL).

Share on:
How would you characterize the Iranian pension system? What major reforms has the system been through? There are many different types of pension schemes in use around the world. In […]

How would you characterize the Iranian pension system? What major reforms has the system been through?

There are many different types of pension schemes in use around the world. In Iran, we have two different pension systems: one is the defined benefit (DB-PAYG) and the other is the defined contribution scheme. The DB-PAYG system is more common. The Civil Servants Pension Fund (CSPF) was established for civil servants, and also uses the DB-PAYG system. Its resources are provided in different ways, one of which is that every employee contributes 9% of his or her current income to the fund on a monthly basis. In addition, 13.5% of employees’ incomes is also contributed to the fund through their employer. Currently, the CSPF has 1.1 million pensioners and 1 million public employees contributing to the fund. Due to the reduced amount of resources we gather from public employees, the system now relies more on government resources. As part of the fifth Five-Year Development Plan (FYDP), the government has outlined ways to establish a multi-pillar pension system that includes social support and insurance, as well as complementary and supplementary retirement insurance. Implementing this law would mean establishing a multi-pillar system that allows the fund to become independent of government support. Seven years ago, President Ahmadinejad focused his attention on the pension funds. In doing so, the government aimed to fill the significant gaps that exist in the insurance and pension system at that time. Before President Ahmadinejad, paying pensions was the only responsibility of the Civil Servants Pension Fund (SPF) . Since his election, special attention has been paid to welfare-related issues. Furthermore, complementary insurance was revised, as were some health insurance conditions.

The pension system is headed toward a multi-pillar scheme, with three major categories: social insurance, social support, and complementary and supplementary retirement insurance. We seek to no longer rely on the government budget, and shift our focus toward a funded system. The multi-pillar system is similar to that of Western countries, and the privatization program can be supported by the government through new regulations.

How are the fund and its investment companies shaping proactive investment strategies for pensioners?

A part of the CSPF’s revenues is provided through investments in a variety of economic affairs. Today, more than 31% of the fund’s investments is allocated toward the chemical and petrochemical sectors, over 11% is invested in transportation and communications, and 17% is invested in oil and gas companies such as Iranol and Pasargad. There are also a number of tourism companies receiving investment, such as Iran Touring & Tourism Company.

“We are preparing to make more investments and focus on creating innovation and bringing international best practices to Iran.”

In addition, we make active investments in road and sea transportation networks. For example, we have invested in the Islamic Republic of Iran Shipping Lines (IRISL) company, as well as Aseman Airlines. We make a large effort to create new job opportunities in Iran. In fact, 2012 was designated the year for “National Production: Supporting Iranian Labor & Capital” by our President. The CSPF is actively engaged in this field to fulfill the motto. Currently, we are preparing to make more investments and focus on creating innovation and bringing international best practices to Iran.

In general, the fund is one of the most successful projects in the country, enhancing activity in a number of economic areas. The revenues from these companies will be invested in the next generation of Iranians.

How is the CSPF planning to prevent further public debt?

We are launching the new multi-pillar system in Iran to stop relying on the government budget. With this implementation, the fund will decrease governmental support and build a stronger and more self-reliant pension system.