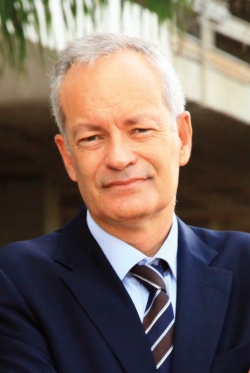 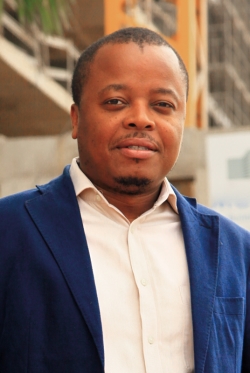 Share on:
What role will working with smaller companies in Maputo and the north play in your expansion strategy? ALEXANDRE ALMEIDA We work with subcontractors; most of them are new and moving […]

What role will working with smaller companies in Maputo and the north play in your expansion strategy?

ALEXANDRE ALMEIDA We work with subcontractors; most of them are new and moving in from Portugal. Since Mozambique has a coastline of more than 2,500 kilometers, we are trying to identify smaller companies in the infrastructure segment with which to carry out larger contracts. I believe we can add value if we look for these small local companies that are in the field. Of course, it’s difficult to find these companies; however, we need to try.

Will the large amount of revenue expected to come to the government from gas and coal allow investment in the larger public infrastructure works?

EDUARDO SAMUEL In the future, we’ll see more public works. We have companies doing roads in Gaza of 150 kilometers in length, and those are huge contracts. In my portfolio, I have contracts of $46 million up to $200 million. It’s a question of scale, and in a country like Mozambique, you’re going to need any infrastructure possible. Today, we don’t have construction companies doing huge contracts; they don’t do roads, hospitals, or office buildings, but they do small villas instead. There is money for development in Mozambique, but not enough to do every single thing that is requested, and that’s where we come in.

How exactly is the company looking to position itself in this market?

AA BRITALAR Moçambique will have two roles. One is a constructor that bids for tenders, and the other will seize opportunities as an investor. Over the last 15 years, we’ve had this kind of model, and in Portugal we employ it in the energy, water, and railroad segments. There is a need in the market, and if someone goes to the government and has a business model, much of the work happens faster. We are not just a construction company; we also have investments in hotels and construction.

What are you expecting in terms of growth and turnover in the medium term?

ES By the end of 2012, we’ll have a turnover of $22 million, and in 2013 we’ll have almost a 100% increase to around $45 million. If business runs as we expect, probably by the beginning of 2013 we expect some large contracts with companies for the construction of offices, hotels, and apartments. If we win these contracts, they will last two years. Once we start working, the projects will continue through to 2015.

To what extent does value-added production allow you to be competitive against other companies?

AA We are in the process of identifying products that no one is currently offering. For example, there is a huge opportunity to produce prefabricated concrete products for infrastructure. It will be our own initiative to identify what we can do at our plant, and we’ve already identified two or three places where there are great opportunities. There are huge investment prospects in ceramics bricks. At the moment, we’re in the process of negotiating a loan to buy all of the equipment of a factory located in Matola.

What will be the impact of the agreement signed between the banks and the Ministry of Public Works to ease access to credit for mortgages?

ES The problem right now is that Mozambican people, even if you are an engineer or a doctor, are paying huge rents for houses they are not buying, because they cannot afford to buy. With this kind of agreement people will have the means to buy a house in 20-25 years. They can buy a small 90-sqm house in Maputo whatever their wage. The market for cheaper small houses is performing far better than the higher standard market. That’s why we are pondering smaller houses.