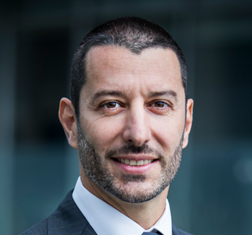 35% of Energy from Renewables

Paolo Romanacci has over 10 years of international experience in renewable energy, particularly in Latin America and Europe. He has overseen the development and investment approval of more than 3,000MW, principally in solar and wind energy. Romanacci is responsible for activities of the company in Mexico and Central America.

Share on:
“Mexico has many advantages, namely its size and its resources. The amount of solar power is one of the best in the world in comparison to other countries.“

Why did you choose Mexico to invest in such large projects?

Mexico has many advantages, namely its size and its resources. The amount of solar power is one of the best in the world in comparison to other countries. This makes it possible to develop large projects of over 500 MW. In addition, from an economic and social point of view, the new regulations have established a context in which one can invest large sums of money. In addition, we firmly believe that we can generate a positive change with each of our projects for Mexican society, both in the goal of generating 35% of energy from renewable sources, and in the communities close to our projects, to whom we offer employment, training and programs according to our Creating Shared Value (CSV) philosophy.

How does your subsidiary Enel Energí­a Mexico complement the work of Enel Green Power Mexico?

This is part of ENEL’s new global line of business called Global Trading. We see a great deal of interest in the world and also in Mexico in commercial and industrial (C&I) clients. Mexico is an interesting market for this line of business. Our Qualified Supplier, Enel Energí­a, is the vehicle through which we will develop this market, and in the coming years it will be another important pillar of our work here. It is part of our two-step strategy to start commercializing energy in Mexico. We want to be as close as possible to our clients and also think about future services that are involved. This is part of another line of business that we have called ENEL-X. Second, the auctions are an interesting opportunity to keep growing, though sometimes we cannot extract the total value of the project as specified in the auctions. There is even more space to grow if we go directly to clients.

What are your plans with Holdco in your upcoming projects like Amistad?

Compared to other companies, we have an economic strength and stability that allows us to move quickly during the construction period. We do not have to rely on project financing for the construction, which is a major advantage for rapid development. We also bring to our projects different types of investors that allow us to focus our resources on expansion to continue to grow at this rapid pace. This economic strength is one of the reasons why we can plan, build and operate great projects, such as Amistad, which will be considered as the largest wind park complex in Mexico.

How do you plan to participate in the fourth auction that is about to be released?

We like to compete; competition is an extremely important pillar to succeed in Mexico, and we like to win. We are the only company that has won all the three long term auctions held in the country. The company plans to retain its leadership in the renewable market and its record of winning all the auctions in Mexico.

What are your expectations for the fourth auction?

The rules are slowly changing. It is important for them to change and adapt even faster, as the reform needs modifications and updates. There are already some in this next auction, and we see it as a positive step. We would like for this to continue to evolve toward transparency, security, and clear rules.

How do you ensure the development of viable projects considering that the average price per project is becoming cheaper?

The fall in energy prices is a global phenomenon. Prices are falling mostly because the cost of energy generation is going down as well. Technology is improving greatly, which allows us to extract more energy from a single panel, reducing the costs further. This is a trend that will continue in the coming months or years, and we can guarantee that energy will stay as cheap as it is right now.

What are the next projects in your pipeline?

How will you continue to consolidate your presence as the largest renewable energy producer in the country?

Our presence will continue to consolidate through auctions, clients, and C&I as a result of the development of Enel Green Power and Energia Mexico. Later, there will be room for new services such as ENEL-X. We will start with big corporations and large clients before eventually incorporating clients with smaller demands as well.