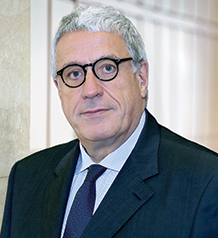 Dr. Freddie Baz joined the bank in 1991 as Advisor to the Chairman and founded the Secretariat for Planning and Development. As Group Strategy Director he is responsible for the development of the Group Strategy and for its oversight and communication, internally and externally. In addition to his duties as Group Strategy Director, he held the position of Group Chief Financial Officer from 2006 to 2015. Baz has also taught for several years at the faculty of economics of the Université St. Joseph of Beirut. He holds a State PhD degree in economics from the University of Paris I (Panthéon — Sorbonne).

Share on:
TBY talks to Dr. Freddie Baz, Vice Chairman & Group Strategy Director of Bank Audi, on the bank's increase in profits, dealing with currency devaluation, and working to turn the economy into an export-driven one.

What were the milestones for Bank Audi during 2015, and how would you assess the group’s overall performance?

Bank Audi achieved a good performance last year, despite persisting regional uncertainties affecting our three pillar markets of Lebanon, Turkey, and Egypt. We had a 15% increase in the bank’s consolidated profits, which is attributed to all main entities rather than to a single one. We have adjusted our operating conditions in a way to improve our spreads, enhance our non-interest income generation, and limit increases in our operating expenses. Breaking down the consolidated performance over the main markets, Bank Audi (Lebanon) witnessed an increase in net earnings amid sluggish economic conditions, mainly as a result of achieving productivity gains and improving efficiency. Within this context, Bank Audi’s operations outperformed the domestic banking sector in both markets in terms of asset growth, loan growth, and deposit growth, adding a few basis points of market share for our subsidiaries. Growth in revenues has accordingly more than compensated the negative impact of the depreciation in the exchanges rates in both markets, with the Egyptian pound depreciating by 10% and the Turkish lira by 25% in 2015, translating into a 15% increase in nominal net earnings.

How did Bank Audi work through these currency devaluations?

The exchange rate correction that both Egypt and Turkey recently went through did not affect our overall economic performances in both countries, as witnessed by their relatively high growth rates. It also did not have a material impact on businesses, mostly due to a structural effect, as 75% of our Egyptian activity is denominated in local currency, while the ratio reaches 50% for our Turkish operation. Having most of our capital denominated in local currency minimized the impact of these currency corrections, since limited lending in US dollars reduces the risk of impaired loans. When looking at the evolution of our non-performing loan ratios in both markets, they improved in spite of the magnitude of currency correction. In all cases, correlation of NPLs in both markets with GDP growth rates is much higher than their correlation with exchange rates.

Odea Bank became a top-10 bank in Turkey in less than four years. What was your strategy to build up Odea in the Turkish market?

Our strategy for Odea Bank has been focused on making it a real challenger bank in Turkey. The concept comes from doing more by using less, from building state-of-the-art infrastructure able to quickly support our franchise building in terms of accounts, customers, loans and deposits, and credit cards. Today, Odeabank has established a universal banking model and market leading productivity levels as well as strong brand recognition and customer awareness. We rank ninth in the general spectrum of banking institutions in the country, and we have a larger portfolio than global banks with over 25 years of presence in Turkey. We have remained realistic about our potential in the Turkish market, and we have hovered between Tier 3 and Tier 2 banks. Now, we aim to become number seven among conventional private banks in the country, which would position us between the lower range of Tier 2 banks and the upper range of Tier 3 banks.

What steps does the country need to take to become an export-driven economy?

Lebanon needs efficient, basic utilities such as electricity, water, telecommunications, and transport. Government capital spending on infrastructure has been hovering around 1.2% of GDP over the past five years against an average of 5% for emerging markets. The evident challenge facing Lebanese policymakers is to ensure necessary infrastructure upgrades without putting at risk fiscal consolidation requirements at large. Adjusting fiscal imbalances in order for real interest rates to go down is important in this direction. It is also a matter of political commitment to guarantee basic infrastructure and put the necessary reforms and the right adjustment plans in place to ensure macroeconomic efficiency.