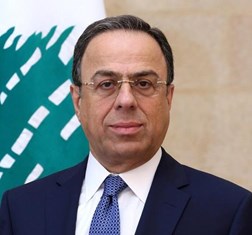 Mansour Bteish is the current Minister of Economy and Trade. He has a longstanding banking expertise spanning 45 years. Prior to his appointment as minister, he served as General Manager of Fransabank SAL. He has also assumed vital functions in economic bodies, such as the Association of Banks in Lebanon and the Economic and Social Council. He holds a master’s degree in money and banking from Université Saint-Joseph in Beirut.

Share on:
The Minister of Economy and Trade strives to develop a socially inclusive, productive, competitive, and eco-friendly economy.

What should be the new cabinet’s priority areas of reform?

After having recently adopted the electricity reform plan, our priority is to reduce the fiscal deficit to GDP from 11.47% in 2018 to below 7.59% in 2019. To do that, we have adopted measures to strengthen the fiscal framework and combat tax evasion; these measures are in fact part of an uninterrupted reform process that shall be reflected in the 2020 budget. Lebanon has a widening twin deficit, marked by a USD12.5-billion current account deficit that largely stems from a trade deficit of USD16 billion and a fiscal deficit that we have started to reduce. Besides having low exports of goods valued at less than USD4 billion, tourism has declined in recent years, which has also exacerbated our current account deficit and reduced net income from tourism. Yet, we are optimistic that the situation can be reversed, especially starting from 2H2019. Our present goal is to reduce the budget deficit from USD6.3 billion in 2018 to USD4.5 billion in 2019 and gradually shrink the trade deficit and increase net income from services in order to curb the current account deficit. It is imperative to adopt measures that will foster national production and exports, which requires bold decisions. We are currently working with an inter-ministerial committee toward that end, and a huge opportunity will be presented by PPPs, with at least three projects under consideration: an airport, a megadata center, and a hospital.

What is your position on the set of reforms demanded by the CEDRE conference?

The CEDRE reforms represent an absolute and voluntary commitment of the government toward reducing structural imbalances and creating sustainable growth. CEDRE is an important catalyzer of funds that will support the re-modernization of Lebanon’s infrastructure. However, while we appreciate the support of the international community, it is important to note that the Syrian conflict significantly impacted our economic growth; between 2006 and 2010, Lebanon registered a cumulative positive balance of payments surplus of around USD20 billion. The massive influx of Syrian refugees aggravated the labor market conditions and amplified the demand for the provision of public services, including health and education. Consequently, the quality of provided services has fallen, public finances have been weighed down, and, ultimately, the increase in the size of the public sector has generated a crowding out of private investments. While we have proven to be extremely open and welcoming toward Syrians, now that the country is transitioning to peace with around 90% of Syria safe, it is time to deploy repatriation efforts to secure the safe return of Syrians to their homeland in a humane and dignified manner. With all the required reconstruction, Syria will present plenty of opportunities in agriculture and infrastructure. Therefore, while the funds, concessional loans, and some grants extended by donors and the international community are welcomed, they should be integrated within the framework of a larger and crystal-clear plan to boost real economic growth, improve the quality of services, reduce the trade deficit, and create new value-added jobs in Lebanon.

Which are the most interesting trade partners and opportunities for Lebanon right now?

Today, Europe and China are the first and second major trade partners of Lebanon respectively, and we are working on other mutually beneficial trade agreements.

The first half of 2019 was relatively difficult. However, it paved the way for a serious beginning for reform that shall continue in the next couple of years. Therefore, the second half of 2019 will prove to be better than 2018.