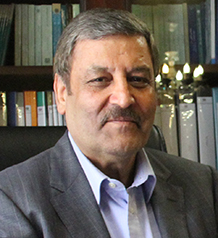 Aliashgar Safari has been the CEO and Vice-Chairman of Tourism Bank since 2012 and a member of the board since 2011. He has vast experience in the banking sector, holding senior positions at Karafarin Bank and Tejarat Bank. He also served as Vice Chairman and Managing Director for Tarmita Sana Asset Management, and Board member and Managing Director of Wistamehr Investment Management, among other positions. Safari holds an MBA from the Iran Center for Management Studies (ICMS), affiliated to Harvard Business School, and a bachelor’s in economics from Tehran University.

Share on:
TBY talks to Aliasghar Safari, CEO & Vice Chairman of Tourism Bank, on the bank's strategy and developing the tourism sector in the country.

How did you come up with the idea of creating a tourism specialized bank?

The idea goes back to our founder, Dr. Mehdi Jahangiri. He used to work as a high-ranked official in the Iran Cultural, Handicrafts and Tourism Organization (ICHTO) and decided to establish a private bank specialized in tourism. This was a brilliant idea, as Iran has a vast potential in this field. We are an affiliate member of the World Tourism Organization (UNWTO) and, according to its Secretary General, Taleb Rifai, Tourism Bank is the first specialized tourism bank in the world. Although we are a young bank with only six years of operations, we are among the top 100 companies in Iran, specifically the 97th. We have received several awards and credentials for our rapid growth. The mix of young bankers and our competent experienced management team provides us with good ground to offer attractive services and products to customers.

What strategy have you followed to achieve the second highest growth rate in Iran in 2015?

Around 70% of our personnel have university degrees as well as doctorates and master’s and more than 80% are under 30 years old. On the other hand, our management team is made up of five of the most prominent bankers in the country. In addition to that, deploying high-quality IT facilities has helped us to achieve this fast growth. Our well-spread geographical network is going to increase from 85 to 120 branches, and this will be our ceiling, as we want to promote e-banking in Iran. Our initial capital was USD66 million and is now USD198 million. We are planning to double it this year to USD396 million, which will make Tourism Bank one of the highest paid capital banks in Iran.

What is the position of the bank in the international arena?

We were the only bank in Iran that was connected to SWIFT during the sanctions, although we were not allowed to do international business. We have just received the license to provide international transactions, so now we can go to the international markets, open letters of credit, and issue foreign guarantees. Last February, we accompanied President Rouhani on his trip to France and Italy, where we met with several European banks. Turkey is also one of the countries that is eager to work with us, and we appreciate its support during the sanctions period. We are open to cooperating with international corporations and we are eager to sign agreements on a win-win basis.

How are you supporting the development of the tourism industry within Iran?

As part of the Tourism Financial Group, we are the main developers of touristic projects and we build hotels all over the country. We constructed the first airport hotel in Iran at Imam Khomeini International Airport and gave the management to Accor Hotels Group. Within Iran, we are the official agent of ICHTO and the National Development Fund of Iran (NDFI), which means that any tourism project that is going to be implemented in the country is presented to our bank and we can offer special financing to provide appropriate services for the developers. At this moment, about 30 tourism facilities such as hotels or health villages are being constructed across Iran through our financing.

What can the tourist card offer to the people who want to visit Iran?

The tourist card is a debit card that can be used by Iranians and foreigners. If you open an account at our bank, you will automatically become a member of the Iranian Tourism Club, an affiliated company that offers up to 40% in discounts at shopping centers. With all of the points you collect from your purchases, you will be entitled to take part in seasonal lotteries and you can apply for a travel loan from Tourism Bank for up to USD165,000. The club membership offers free advice on trips, reservations on hotels and flights, and the online purchasing of flight tickets or accommodation inside and outside Iran.