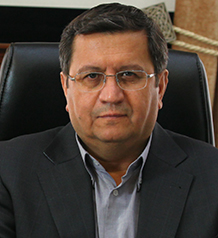 Dr. Abdolnaser Hemmati was appointed as President of Bimeh Markazi Iran in May 2016, after holding the same position between 1994 and 2006. During his long career, Dr. Hemmati has also been the Chairman and Managing Director of Bank Melli, the Managing Director of Sina Bank, and is currently the Chairman of Asian Reinsurance Corporation. He received his PhD in economics from the University of Tehran after spending months of research in the University of London. He is now an associate professor of macroeconomics and energy economics in the University of Tehran.

Share on:
TBY talks to Dr. Abdolnaser Hemmati, President & Head of High Council of Insurance of Bimeh Markazi Iran (Central Insurance of IR Iran), on the competitiveness of post-sanction Iran's insurance market and the room for growth.

In 2001, private insurance companies were authorized in Iran. How do you assess the development of the Iranian insurance market toward fair and healthy competition?

After the Islamic Revolution, because of the nationalization of the insurance industry, we only had four public insurance companies; however, in the 1990s we decided to open the market by privatizing the existing state-owned companies. Still, it would have been a better idea to allow new insurance players into the market. At that time, the government started to liberalize the industry by taking away the tariff system and also by creating compulsory insurance through Bimeh Markazi, controlling 25% of the market for non-life and 50% for life insurance. In the first instance, at the beginning of the 21st Century, we gave licenses to 10 insurance companies. Today, there are 30 private insurance companies in Iran, and there are some new applications coming up; therefore, we may add one or two more companies in the near future.

How will the lifting of sanctions transform the insurance industry in Iran?

The main problem the Iranian insurance industry faced over recent years was sanctions. Nowadays, the high competition is affecting the financial performance of the players, but the end of sanctions represents a new era for business. We will have 5% GDP growth in 2016 with the development of the transport, energy, and other sectors, and all these sectors require the support of the insurance industry. It is expected that Iran’s life and non-life insurance business will be worth USD8 billion in 2016. I have been contacted by main foreign insurance companies, including European ones, which are interested in having shares or joint ventures with our insurance companies. We at Bimeh Markazi are doing our best to sort out the rating problem with reinsurance companies. Last June, Fitch came to Tehran to discuss the issue with us. This will help the insurance industry to have inward business, but this requires a great relationship with major players in the region, Europe, and other areas of the world. Overall, I am optimistic for the post-sanctions era.

What initiatives are you implementing to open up the market to foreign insurers and reinsurers?

According to the national laws and regulations, foreign companies can hold up to a 49% interest in our insurance companies with government and Bimeh Markazi’s approval. The entry of new foreign players could improve the penetration rate of the insurance industry in the country. However, we need to set the right premiums for domestic companies to stay afloat. The fierce competition over the last decade damaged some Iranian insurers and we have to support them to recover. While policyholders do benefit from strong competition and the resulting low premiums, this has to be proportional to keep the business profitable for the companies. Experienced foreign companies coming into the market will apply the right rates, and they will help to develop the Iranian market toward healthy competition.

What are the main initiatives Bimeh Markazi will be introducing to the market in 2016?

The first initiative is developing the life insurance segment. The second is to promote the coverage for the increasing business activities starting up post-sanctions, such as protection and indemnity (P&I) for oil cargo companies. Iran has two P&I insurance companies, which want to connect with foreign reinsurers, and we are developing a plan to satisfy the needs of this increasing business in post-sanctions. The third important matter is supporting the domestic insurance companies, as our mandate is to supervise the industry but also support it. We provide training and experts to help the players grow and facilitate international relationships. Furthermore, it will be interesting for us to look at the effect of the end of sanctions in five years’ time. We are working hard to develop the industry and to develop an insurance culture in Iranian society by raising public awareness.