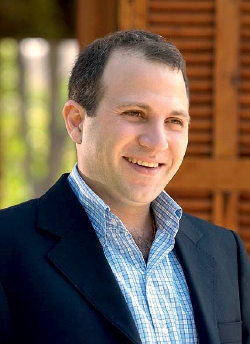 Gebran Bassil was appointed Minister of Foreign Affairs and Emigrants of the Republic of Lebanon on February 15, 2014. His official tenure of an executive office started in 2008, as Minister of Telecommunications, where he served for one year. He then led the Ministry of Energy and Water between 2009 and 2014. He began his political career as an activist in the Free Patriotic Movement (FPM) before heading the political relations committee of the FPM. Bassil was educated at Saint-Coeurs College and at the American University of Beirut (AUB), where he studied Civil Engineering.

Share on:
You are a proponent of economic diplomacy. Could you tell us what this entails for Lebanon? We are not reinventing the wheel. Economic diplomacy is a well-known concept; however, it […]

You are a proponent of economic diplomacy. Could you tell us what this entails for Lebanon?

We are not reinventing the wheel. Economic diplomacy is a well-known concept; however, it was never before present in Lebanon. The country’s largest asset, which provides the greatest added value to Lebanon, is the Lebanese diaspora, and yet we are not really benefiting from this asset as much as it is needed. Economic diplomacy will enable us to reach out to this diaspora, in order to deliver Lebanese products to our immigrants, and, thereby, increase Lebanese exports. Also, we want the Lebanese diaspora to become more involved in the Lebanese economy and to invest in their motherland. However, large and influential Lebanese communities in many major economies around the world can help Lebanon and Lebanese producers, exporters, and businessmen gain more of a foothold in those countries, opening up chances for more opportunities, thanks to the large networks of Lebanese immigrants, who are successful industrialists, politicians, and businessmen in the countries where they live.

During your recent trip to Brazil you were focusing on efforts to establish a preferential trade agreement between Lebanon and the Mercosur countries. How hopeful are you that this can be accomplished?

I am positive because we got the strong approval from Brazil, confirmed by the vice-president and the foreign minister. We have a large lobby there, and we also got approval from other embassies here from Mercosur. We are now looking forward to start negotiations. There are 10 million Lebanese living in those five Mercosur countries, which is three times the population of Lebanon itself. We raise this issue on every official visit to any country with a Lebanese diaspora. Referring to these visits, I don’t just meet with foreign ministers, but also other ministers in specific fields such as agriculture, industry, energy, and trade, and others.

What measures is Lebanon taking to maintain the sovereignty of its borders, and to what extent is it working with the international community?

We have effective coordination with foreign intelligence agencies, especially in terms of finding and preventing terrorist acts. We have patriotic and skilled armed forces with the necessary tools to face the threat of terrorism. Anything we stop here is stopped from reaching Europe, because the forces we need to be vigilant about are not only local but also international organizations. Hence, we need assistance, and we need international cooperation. Terrorism knows no borders, and the meltdown in Syria and Iraq is particularly worrisome. There are over 84 nationalities now in Syria. If we don’t deal with the situation properly, those people will go back and create problems in 84 countries.

Given the social and political changes throughout the region, what kind of role do you think Lebanon can and should play?

Lebanon has a major message simply by virtue of its existence, which is the variety of people from different races, faiths, social habits, and cultures can coexist. Lebanon proves this kind of coexistence is possible and that dialogue is the way to deal with difference, not conflict. Lebanon can become the launching pad for this kind of approach in the region. If Lebanon fails, then there will be a divisive and volatile process that won’t just be contained to this region, because Europe will definitely be the second phase of the regional conflict. Once certain forces get a foothold here, they will expand into Europe. We have to stop those movements here while we can; we have to extirpate these terrorist groups here in the Middle East. Lebanon should be encouraged as a haven of stability where there is a great potential for business, such as the oil and gas reserves we have, which could spread stability in Lebanon, not to mention the involved, dynamic population that we have. However, if we don’t realize these opportunities and instead head toward a conflict of civilizations, then this will not only threaten the opportunities and investments in Lebanon, but also the whole region.