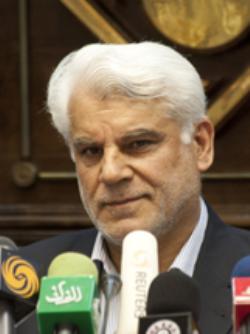 Before becoming the Governor of the Central Bank of Iran in 2008, Dr. Mahmoud Bahmani worked in various positions at Bank Melli Iran, including as Member of the Board of Director.

Share on:
TBY talks to Mahmoud Bahmani, Governor of the Central Bank of Iran, on steps the bank has taken to manage the local currency, implement reforms, and boost the country's development.

What have been the structural strengths and challenges of Iran’s economy in 2012?

The main economic challenges in Iran for 2012 are the financial and economical sanctions, fluctuations in foreign currency markets and limitations on transferring currency, inflation, a decline in investments and also in the industrial production of the world’s economy, and unemployment. The strengths include an efficient, educated, and young population, high potential in new industries such as nanotechnology, and the high growth rate of academic ability, which can contribute to an economic jump, and enormous oil and gas reserves and the investments made for converting them into final and semi-final products with significant added value.

What are the policies is the Central Bank of Iran (CBI) putting in place in order to curb the devaluation of the rial?

According to Iran’s monetary and banking law, conserving the value of the national currency is the duty of the CBI. In this regard, the CBI has taken several steps over the past few months, including better management of resources and the usage of foreign currency. It is also paying more attention to the managed floating exchange rates, while trying to decrease the gap between formal and informal market currency rates. It is leading economic liquidity to other asset markets by making modifications in the structure of interest rates and hedging bonds, and also making changes and adjustments in currency allocation with regard to the country’s currency priorities. It is additionally focusing on domestic potential and transforming sanctions into growth opportunities by means of increasing banking supervision and reliance on internal resources and utilizing them.

How is monetary policy supporting the country’s development goals with respect to the 2025 Strategic Vision?

While focusing on halting inflation and creating financial sustainability, as well as supporting investment and economic growth, the CBI is moving to successfully complete the goals of the 2025 Strategic Vision.

“The CBI is moving to successfully complete the goals of the 2025 Strategic Vision.”

The IMF has described the implementation of the Subsidy Reforms Plan, as well as value-added tax and structural reforms in the banking system as positive. How would you evaluate this statement, and what further steps are needed in order to facilitate Iranian economic growth?

Implementing the targeted subsidy plan has slowed the consumption of subsidized goods, especially fuels, to a desirable extent. However, implementing this plan has caused inflation due to other factors, such as costs incurred due to sanctions, limitations on imports, the reduced profit margins of some manufacturers, and a decline in the competitiveness of industrial commodities for export. This creates a condition that makes it necessary to make some reviews and assessments in order to preserve the achievements of this plan. In that regard, until stable conditions are achieved and negative externalities resulting from these factors are decreased significantly, the next phase of this plan will be carried out with less severity or it will remain silent. In such circumstances, a deceleration in the implementation of the targeted subsidies plan in addition to a prioritization of manufacturing firms’ issues will help to enhance economic growth.

In July 2012, President Ahmadinejad stated that Iran “should cut its budget’s reliance on oil.” What implications will this strategy have on the Iranian economy?

It is obvious that reducing the dependence of the budget on oil will have subsequent positive effects for the country. There’s a lot of emphasis being put on this matter in the Five-Year Development Plan.

What is the economic outlook of Iran for 2013? How does it compare to your experience in 2012?

Iran’s economic prospects in 2012 can be reviewed from different perspectives. And of course it depends on many implicit and explicit factors. For example, if financial and economic sanctions continue to intensify, taking into account the significant role of oil in Iran’s economic financing, we will witness a decrease in oil income, currency reserves, and in turn fluctuations in foreign currency rates. However, the economy will be able to convert sanctions into opportunities and fulfill the historic motto regarding the independence of the economy and the budget from oil income. If this is to be done, it will require a great deal of national unity and independence. The people of Iran must expect to go through a transition period and be able to increase their savings and investments and be more frugal. In this regard, policy makers have to communicate their actions clearly with the people.