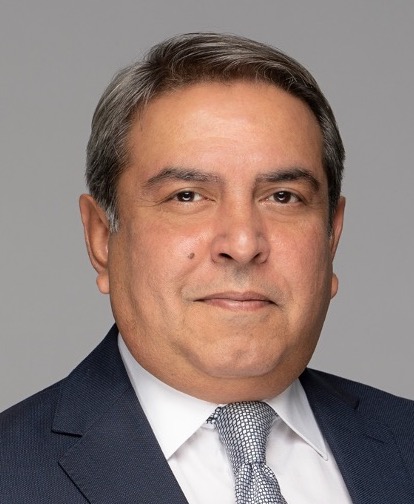 Nadeem M. Mian joined QTerminals in 2018 as chief commercial officer. He was also the acting COO until 2Q2018. He was appointed as Managing Director for QTerminals Hamad Port, the flagship business unit of QTerminals Group, in 2020. He has over 29 years’ experience in the ports and shipping industry. He has worked for major shipping lines, terminal operators and recently, a port ownear and developer in senior management roles across seven countries including Pakistan, Nigeria, Hong Kong, Oman, the UAE, Egypt, and Saudi Arabia prior to his assignment in Qatar. He has held CCO, COO, and deputy CEO positions with Hutchison Ports and director position at Ports Development Company, King Abdullah Port. He holds an MBA from the Lahore University of Management Sciences.

Share on:
In just a few short years, QTerminals Hamad Port has positioned itself as a major regional player in the shipping industry.

In just a few short years, QTerminals Hamad Port has positioned itself as a major regional player in the shipping industry.

How do you assess the evolution of the cargo movement of Hamad Port from 2017 to 2022?

Before 2017, the main port in Qatar used to be Doha Port, where all the commercial cargo used to come through. In 2016, a new project was launched at Hamad Port, over 30km south of Doha. This is a huge greenfield development complying with the highest international specifications and completed with the top standards for modern cargo handling. The port’s size and scale will match Qatar’s future economy in the coming years and even decades. Hamad Port started commercial operations at the end of 2016, and it handles various kinds of cargo, including containers, bulk, breakbulk, Ro-Ro vehicles, and livestock. We also have offshore supply services for offshore oil and gas activity on the high seas. We have been operating for over four years in Hamad Port and have two container terminals here. We have one general cargo terminal for handling bulk, break-bulk, project cargo, a Ro-Ro, and livestock terminal called multi-user terminal. We also have a separate offshore supply service terminal. We have almost all the major global shipping lines and regional lines calling directly. We handle a robust variety of non-containerized cargo at our non-container terminals. After the blockade, Qatar had to quickly realign and develop new trading relationships with new trading partners, secure new supply lines and supply chains, and new suppliers of different commodities, cargo, and items required daily. Qatar increased the number of its trading partners from seven to over 23 within months. Hamad Port facilitated the cargo handling of sudden and critical mass or volume, became both a mainline port with larger vessels calling directly, and started to handle transshipment shipment business, especially for the upper Gulf ports of Kuwait, Iraq, and other ports in the region. Hamad Port has since positioned and established itself as one of the main transshipment ports for the upper Gulf region.

What does it mean to Hamad Port to be the first 5G-enabled seaport in the Middle East?

Regarding the best practices and cutting-edge technology, we are the first regional port with 5G connectivity covering the whole terminal. Our CT2 facility, including the remote-controlled crane operations, is completely controlled by Wi-Fi. The terminal’s low carbon footprint is appreciated because it is primarily electric and remote controlled. We are using future technology that other terminal operators are thinking about using. Wi-Fi plays a large part in the terminal operating system and the software. We already have the best hardware we need. We also have remote units that transfer data between the planning, field employees, and all the machines operating in the yard and on the vessel to timely communicate what to do next. We now continue to operate for the fifth year and have grown exponentially. Our total cargo in the last year was 1.4 million TEUs. We did a bulk and a break-bulk of approximately 1.5 million freight tons and another 1.5 million freight tons handling of Ro-Ro. Livestock trade has reduced as Qatar has become more self-sufficient. We have achieved so much in no time, which demonstrates the port’s growth and cargo volume to reach those milestones.

What are your main aspirations for the rest of the year and going into 2023?

We are aiming for 3.5-4% GDP growth this year. We are all set to cross 7 million TEUs by mid-2022. In addition to containers, we target to cross 15 million freight tons of non-containerized cargo handled since start-up. The 4% growth target is a safe parameter because GDP growth and cargo growth always go hand-in-hand. For example, Qatar’s economy depends on local domestic consumption and industrial growth, and as the population increases, so will the cargo volume. Hamad Port is ready and capable, and it has all the ingredients to grow. We have the capacity, skills, human resources, equipment, latest systems, and a competent team with vast industry experience to keep growing.