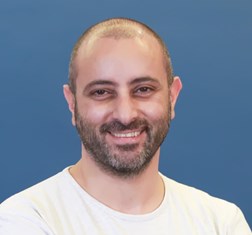 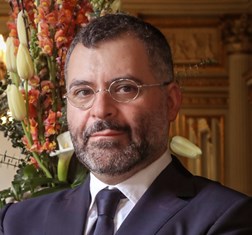 Share on:
MusicHall and Virgin Radio Lebanon perform a crucial service for any economy: letting people relax and have fun with music.

Could you tell us about your company’s history and its purpose?

NAJY CHERABIEH We launched in May 2013. Despite Lebanon going through tough times, I think Virgin Radio did much better than the market projected. We witnessed growth across these years, in terms of reach and listenership. Despite the economic hardships of the country, we managed to maintain a noteworthy amount of revenue, especially when accounting for the decrease in overall market expenditure over the last few years.

MICHEL ELEFTERIADES I launched MusicHall 17 years ago, and this was the first club of its kind. The idea for MusicHall came from a mix of elements in my life. My father had a club when I was growing up. I love music from around the world, which I play, too. I was composing, arranging, and managing bands. I was a Warner label artist, and one of the first people to work on fusion music and world music since 1992. Back then, world music was not trendy. I would say that my albums had a profound impact on popularizing world music, helped by the pop or rock approach I adopted and the big production.

What are your plans for expansion?

NC As long as there is traffic in the world, there will be radio. And people will always want local entertainment, for a host to tell you what is going on in your city, or the party that is happening close to you. And that is different than the digital content model, such as Spotify. Radio will always provide local entertainment. Thus, we do cater and target the working age group as radio has always done, but we are also focusing at an unprecedented level on the youth. We try to educate youth in simple, universal values like living green, conserving energy, and being kind to people, and being kind to animals. We do not go into difficult subjects. We will never tackle a subject that is too controversial or that requires a serious tone.

ME The venue opened in Beirut in early 2003 and then in Dubai in 2013 and it has been going strong ever since. We adapted the concept in Dubai so that when you go there or come to MusicHall Beirut it feels like the same place with the same decoration, mood, and culture. We adapt some of the shows to the territory. For example, we have Indian and Chinese acts in Dubai. This satisfies the expats and the tourists from these countries, while reducing the number of Lebanese acts.

What are your values?

NC Our main priority was and remains to be a station for the people, so it is our policy to stay humble and down to earth and not boast about numbers and accomplishments. We have to stay grounded. For example, every single host on the air started out as an intern. Nobody is a professional or renowned radio host. We just help people toward reaching their great potential.

ME The vision behind MusicHall was to create a club with the richest assortment of acts and musical experiences to be found in the world, a stage offering experiences as different as Flamenco, Arabic music, rock, jazz, opera singing, and even Mongolian throat singing. We have had big names on the stage with acts coming from a very wide horizon. 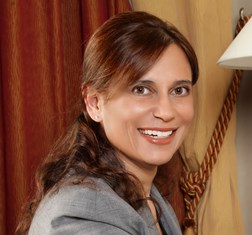