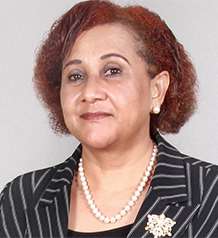 More Than A Memento

Dr. Stergomena L. Tax is a national of the United Republic of Tanzania, the sixth executive secretary, and the first female Executive Secretary of the Southern African Development Community (SADC). She was appointed by the SADC Summit of Heads of State and Government during its 33rd meeting in Lilongwe, Malawi, and was sworn in on August 18, 2013.

What are the mutual benefits of a partnership between Zambia and the SADC?

The SADC is an intergovernmental organization with broad political, security, and social economic objectives. The most obvious benefits of Zambia’s participation are in the political and economic areas. Zambia benefits from the security cooperation amongst SADC countries, including the assurance of non-aggression from other member states and mutual assistance in combating cross-border crimes and illicit trade. Regional economic development cooperation also provides Zambia the opportunity to access a wider market for its products and investments in an integrated manner. The integrated market enables producers, traders, and investors to enjoy a tariff-free regime for products that originate from Zambia that comply with the requirements of SADC Free Trade Area. As such, Zambia enjoys an integrated market with the 15 SADC countries that participate in the SADC Free Trade Area, with a combined population of about 294 million. Other benefits include promotion of awareness of a common historical and cultural background with its neighbors; sharing of common political values, for example, through promotion of practices of democracy; and the enhancement of political influence in international forums.

What is the importance of regional integration in Africa, and how does the SADC work to secure this?

Regional cooperation and integration are important in Africa because of the benefits that member states derive from closer political cooperation and participation in expanded markets. Each country on its own is usually too weak to operate in the uncertain international political and security socio-economic environment. Cooperation in foreign and security policy enhances the influence of weak and fragile countries, when they speak with a collective voice in international political and socioeconomic systems, such as the UN, the EU, WTO, and globally dominant economies. The fragility and dependence of individual economies are reduced when a country participates in the international political and economic systems as part of a larger single-market entity. These are some of the reasons SADC was formed in 1992, with the purpose of promoting common action, to achieve prosperity and well-being of the peoples of southern Africa.

What is the significance of the planned SADC, Common Market for Eastern and Southern Africa (COMESA), and East African Community (EAC) free trade area for trade volumes in Zambia?

The Tripartite Free Trade Area, comprising COMESA, the EAC, and SADC is significant in that it will create an expanded and integrated market that is bigger than the SADC Free Trade Area. The expanded market will comprise of 26 member states, stretching from Cape Town to Cairo. This will cover a population of about 600 million people and a GDP of USD1.3 trillion. The major expected benefits will derive from provision of continent-wide access to Zambian goods and services, which could stimulate trade, investment, and economic activities across sectors and contribute towards employment, wealth creation, and overall economic development. The tripartite is anchored on three pillars: market integration, industrial development, and infrastructure development. Cooperation in industrialization and infrastructure development from a tripartite context will, therefore, greatly contribute to social economic development, peace and security, political stability, and poverty reduction.

What will be the future areas of focus for the SADC-Zambian partnership?

The SADC Common Agenda derives from the SADC Treaty. The framework for cooperation and integration have, since the early 2000s, been the Regional Indicative Strategic Development Plan (RISDP) and the Strategic Indicative Plan for the Organ on Politics, Defence, and Security Cooperation (SIPO). These present the twin pillars of the regional strategies, which are developmental integration—RISDP—and political and security cooperation—SIPO. The latter facilitates deeper regional integration through the creation of conditions of peace, security, and political stability that are conducive to the attainment of the social economic objectives. The two pillars are considered interdependent and mutually re-enforcing, and the SADC seeks to enhance the complementarity between human development and human security.