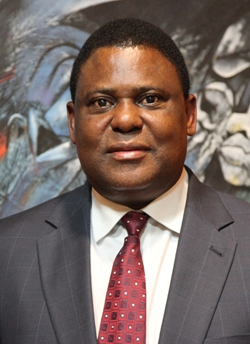 Ernesto Gove first joined Banco de Moçambique in 1976 and has held various positions in the Foreign Department, the Currency Issuing and Treasury Department, the Credit Department, and the Center of Documentation. In 1991 he was appointed Executive Director and Member of the Board. He graduated in Economics from the Eduardo Mondlane University and has a Master’s degree in Finance Economics from the University of London. He was appointed Governor of the Banco de Moçambique by Presidential Decree on July 25, 2006.

Share on:
With such a strong economy, what further measures are needed for Mozambique to be upgraded from its current B+ sovereign rating? What is needed is to provide full and accurate […]

With such a strong economy, what further measures are needed for Mozambique to be upgraded from its current B+ sovereign rating?

What is needed is to provide full and accurate information to the rating agencies. We must explain what we are doing and be honest. For example, if you are interviewing people from the private sector and ask their opinion on credit, they will say that interest rate levels are not promoting growth, but they will not tell you about the reasons behind the high interest rates or what they can do to improve the investment climate. The rating agencies base their current assessment on the global recession. We have implemented a number of reforms since then, and I believe these will help.

How would you characterize foreign investor interest in Mozambican sovereign bonds?

The way to finance our current account deficit is either by issuing treasury bonds internally or externally, or through borrowing on concessional terms. The government performs a combination of internal and external borrowing. If you look at our budget deficit as a percentage of GDP after grants, it stands at 5%, which is a reasonable level for macroeconomic stability. If you associate this with a stable exchange rate and low inflation, you can see that there is still a window for foreign investors to come and invest.

Is the creation of a sovereign wealth fund necessary as a mechanism to manage Mozambique’s anticipated natural resources revenue boom?

There are rumors about exchange rate appreciation and Dutch Disease, but we are ready to manage that situation. First of all, it is important to underline that we have a free-floating exchange regime. Second, we still have a current account deficit as well as mega projects in the process of investment, which means we are importing equipment from abroad. With the current account deficit, there is no reason for the appreciation of the local currency, but rather there is an argument for its depreciation. Dutch Disease can happen when you have a surplus and you want to appreciate your currency. In our view, an appreciation of the metical could damage other sectors, even if the mega projects continue to export. We are following the real exchange rate and observing the level that can keep the economy competitive. In 2010, we had abnormal depreciation. We reached a situation where $1 was MZN39 or MZN40. This depreciation resulted from the delay in the reimbursement of funds by donors. We are trying to achieve a level of equilibrium and, from our calculations, the balanced exchange rate is something around MZN29 per US dollar. So, at the moment, there is no risk of appreciation, even with the large gas and coal exports.

“We started a program in 2007 that establishes incentives for commercial banks intending to open branches in rural areas.”

What will your policies be to keep the metical stable in 2018, when gas exports begin?

We will have to process some of the locally produced raw materials. For many years, we have been exporting all our commodities without processing them locally first. If you want to process resources locally, then you need to make a huge investment and import equipment. Suppose you want to process gas; you will need to liquefy it. This means you will have to import equipment first, and if you want to use the gas for energy then you need to have the necessary equipment. This means that the exchange rate will be an important variable. The assumption of appreciation is that you will have huge exports. However, what the development policy says is that some of these products will have to be processed locally, which entails importing equipment. The exchange rate will not be fixed. For example, you cannot develop industry without energy, but you can use the energy to develop the country. A fund can be seen as taking this export revenue and putting it in a foreign bank. You can use a bank for price stabilization and you can use the stabilization fund for this purpose. I do not expect appreciation to happen because the economy is moving forward. I believe the economy will be able to absorb any appreciation because part of the fund will be used for stabilization and the other part will be used for development. The development part of the fund is the absorption of the revenue, which can offset the eventual currency appreciation.

One of the biggest problems for SMEs is their credit access capacity. How important is it to integrate microfinance into the financial system to develop Mozambique’s economy?

We are discussing with different partners about how we can make credit available for SMEs. We do not have a problem with the financing aspect, but rather with how to organize those who are interested in developing a business. You have to train these people in how to organize a company and how to make a project worthy of investment. The first stage is organization; the second stage is accessing credit. The Ministry of Industry and Commerce is allowing us to set up a program for SME development. We have introduced seven such programs for SMEs in the past. Once the companies have been trained, we can mobilize local resources. The third stage is that we can use resources from the international market. There is still a window for us to raise cheaper money from abroad, but first we have to organize the sector to use this kind of program.

Only 22% of adults have a bank account in Mozambique. What are your goals to improve financial literacy and increase the banking rate?

We are doing two things. First, we started a program in 2007 that establishes incentives for commercial banks intending to open branches in rural areas. For example, if a bank imports equipment for allocation to rural areas, it pays lower taxes. This incentive package was set up in coordination with the Ministry of Finance. The second incentive was in terms of reserve requirements. For example, a bank in a rural or remote area can use the cash that it has deposited with the Bank of Mozambique. This means the level of reserve requirements will remain lower. In 2007, commercial bank branches only covered 28 districts, and now the number has increased to 58 districts. In addition, with new mobile technology, we can make financial inclusion even more popular. We are using mobile providers to transfer money from one place to another. Today, there is a substantial increase in the amount of people that use this method to transfer money. Secondly, we also have a program to educate our population about different financial products offered by the commercial banks.

What is the potential for additional foreign banks to enter the market?

Mozambique is a huge country, and despite the achievements in terms of district coverage, we have 128 districts overall and not all of them have branches. There is an opportunity for a bank to establish operations in these areas. Certain banks only want to establish themselves in the capital city to make money through export and import intermediation; however, for us, the government is the key for developing infrastructure such as electricity, communications, roads, and so on. There is a huge potential in rural areas, especially in agriculture. There are farmers who would like to increase their area of production, but cannot because they are unable to access credit. Farmers are selling their crops, but they have no bank branch in which to deposit their money. The existing commercial banks are not enough to cover the country’s needs. With mega projects, some banks are accessing external financing. The idea is that local commercial banks with a good capital base could be the intermediaries for mega projects. There are logistics for mega projects that need to be financed. The existing banks do not have enough capital to intermediate the import and export needs for mega projects. There are international investors involved in mega projects that would like to establish subsidiaries in our country to better serve their existing customers. By 2014, I believe we will see more foreign banks receiving licenses in Mozambique.

What are the main structural challenges Mozambique faces economically in the next few years, and how will you tackle them?

Training is the first challenge. We need skilled people. We are in a new era where we have to deal with gas, coal, and other minerals. Second, in our financial sector, we have to look at the capital base of the banking sector. The banks need to leverage their capital so that they can be relevant in this new era. Third is to monitor policy challenges; how can we organize ourselves to stave off Dutch Disease? Mega projects are more capital intensive, but are not necessarily labor intensive. SMEs are the key players in the creation of jobs and sustainable growth. We must combine mega projects with SMEs. In order to avoid a situation like that in the EU or the US, we must ensure that the banks are properly managed and the risks we take are in accordance with credit regulations.

Do you foresee regulations accommodating foreign requests to diversify products in the financial sector?

Yes, there are already some financial institutions contracted to learn a new approach on how to raise funds for the economy. I have spoken with the IFC and it is considering buying meticais. Changing the regulations is possible provided that we are not putting the financial sector in danger. With high inflation, investors will not invest in Mozambique, interest rates will increase, and those on a low income will become even poorer. Macroeconomic fundamentals must be preserved.