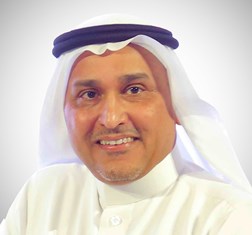 Mohammed A. Al-Mowkley holds a bachelor’s degree in chemical engineering from King Abdulaziz University and an executive certificate from MIT. He was appointed deputy minister of water services in 2016. In this position, he issued a resolution to merge water services throughout the Kingdom NWC, of which he later became CEO. Before his appointment, he worked with Obeikan Group for 12 years, primarily in the industrial investment division. He served in progressive roles and was general manager, vice president, and CEO of Paper Industries. Before Obeikan, he worked as operations manager for Kemya, a JV between SABIC and ExxonMobil.

Share on:
NWC leads the Kingdom's efforts to preserve water as a non-renewable national resource and drastically reduce the average per capita water consumption.

During the Water Forum in March 2019, NWC invited citizens to support the National Program for Water Conservation (Qatrah) to preserve water as a non-renewable national resource. Could you tell us more about this initiative?

Qatrah is an initiative by the water distribution sector to preserve water as a non-renewable national resource in line with Saudi Vision 2030. Qatrah comes at a time when Saudi Arabia is among the highest per capita water-consuming countries around the world, which is not consistent with its water sources. The average per capita water consumption in the Kingdom is 263 liters per day. According to the national strategy for water that we are working on via Qatrah and a wide range of other awareness programs and conservation solutions in cooperation with providers of conservation tools, that average is expected to come down to 200 liters per day by 2020 and 150 liters by 2030. The Saudi Standards, Metrology, and Quality Organization (SASO) has approved the labeling for the efficiency of water rationing tools, stating that suppliers should provide the local market with approved products only and that unapproved tools must be removed from the market. The national program will boost the optimal use of water and raise awareness of the importance of conservation and the necessity to change consumption behaviors. It will effectively reduce consumption, assist in sustaining water resources, and achieve optimal investment of water resources by conserving and preserving water. The collective nature of Qatrah requires everyone in the community, including individuals, to interact so that we can conserve water. NWC has signed agreements with numerous private entities to begin implementing the initiative, which will reduce domestic water leaks and cut consumption in private and governmental buildings. Leakage is one of the major reasons for high consumption and expensive bills. Notably, several leak detection methods are available that customers can use by themselves or via specialized companies.

What are the current avenues for privatization of water and wastewater treatment assets, and what synergies do you strive for between NWC, SWCC, and the Saudi Water Partnership Company?

We intend to do privatization in two stages, where stage one entails issuing management contracts, followed by a concession of 25-30 years. The management contract means the contractor will take over the region or city for three to five years, depending on the complexity of the area. The contractor will evaluate the asset, manage the whole operation, and oversee all the manpower. During this period, the contractor will decide and vocalize the investment requirements so as to ensure the efficiency of the operation. We will provide all of the CAPEX required during this period of time. Once we move from a management contract to a concession, the contractor will take over completely. It will be responsible for the manpower and investing in CAPEX to manage the master plan. The contractor will, therefore, become the supervisor and operator. The benefit of having this model comes from the private sector, which has the expertise to run the water sector. It will level the efficiency of the sector and do a better job than what we are doing today. We could do what the private sector is doing, but it might take 20 years to get there, while we expect the private sector to do the same work in 10 years. Finally, we will pay the private contractor based on a unit rate according to each cubic meter of water supplied or the wastewater being discharged. The other benefit of privatization is that all the CAPEX can be deferred. We will not require any funding from the government. The private contractor will fund all the expansions and upgrades for brown- and greenfield projects.