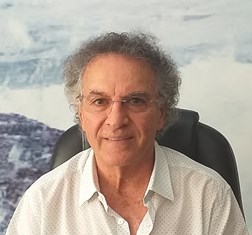 Santiago Salem is founder of Industrial Pesquera Santa Priscila and has grown the company since 1976 to become the country’s largest shrimp producer and processor. Santa Priscila is also a leading producer of saltwater tilapia.

Share on:
One of the keys to Santa Priscila becoming the largest shrimp producer in Americas is paying close attention to varying regional preferences.

As the largest shrimp producer in the country, how has the market developed in recent years?

From 2011-2016, we had the best years for shrimp producers with great volumes and high prices. This is not a common combination, because typically, prices fall when volumes go up; however, the fall in production in Asia gave us a chance to significantly increase our volumes. In addition, we started exporting to China four years ago, which was a new market for us given that it was previously an exporting country as well. Due to a local drop in Chinese production, Ecuadorian producers were able to fill the gap. Since mid-2018, we have witnessed a fall in prices, which could be the end of a cycle and the start of a new one, with smaller margins on our production. That encourages us to become more efficient, especially since Ecuador as a country is relatively expensive because of its USD-pegged currency. That efficiency should come from capitalizing on our foundation, namely our geographic advantage from being located on the equator. For the agro- and aqua-cultural sectors, that means a steady climate and predictable weather conditions; we are able to plan ahead knowing we are not subject to hurricanes, tornadoes, or significant drops in temperature. In general, there are only four- or five-degree variations in the coastal areas. El Niño has the only dramatic impact on production in Ecuador, though we can predict that to some extent as well. Our country is better prepared now as well; we have new roads, bridges, and areas of modification to avoid large disasters due to El Niño. This ecological stability is the main reason why Ecuador is an exceptional producer of bananas and shrimps.

How have your exporting markets developed?

Santa Priscila is currently the number-four seafood company in America, and the first in the production of shrimps. With the opening of the Chinese market, we are guaranteed large volumes because of the high and growing consumption there. Therefore, we need to focus on what Chinese consumers will request for in the future. Consumers demand quality, and we need to adapt our production to the market demands. The quality in Europe, for example, is different from the US or China. As an example, in China, consumers look at the eyes of shrimps to establish the quality, while in France they do not. In France, consumers prefer a crunch to their meat, whereas Americans do not care. To provide our French consumers with that extra bite, we need to freeze our shrimps in different machines. Processing shrimp is extremely important to create value as a producer in Ecuador, and we are completing two additional processing plants in addition to our three current ones.

Could you tell us more about the Sustainable Shrimp Partnership (SSP) that you launched with four other shrimp producers?

We are extremely strict about this partnership and have issued three essential criteria to be part of this partnership. First, producers should be certified by Aquaculture Stewardship Council (ASC), which is the foundation for sustainable shrimp farming and is a strict demand by our customers in Europe. Second, we demand zero use of antibiotics, and this is tested constantly, not by means of litmus tests. We strive to limit the environmental impact on the water that we use and test all the water that comes in and goes out. With 10 parameters, we are able to prove that we are in fact returning better-quality water to the environment. The third criterion is traceability, which is guaranteed by the WWF. In the future, I want to add a fourth element, which is the substitution of oil consumption in our machines with electric powered pump stations to replace diesel. This will dramatically reduce our carbon effect once we are able to implement this machinery. Currently, we are investing in that substitution, though it is a slow process because it’s a large investment that requires new knowledge, and the government is slow to implement the new high-voltage substation.