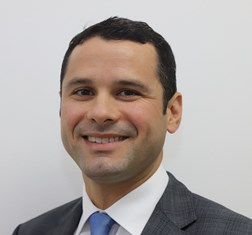 Share on:
The quality and scale of both companies' community developments programs ensures projects have positive impacts on the local communities and the overall economy long after the last rock is mined.

What is your most important project in the region?

MANUEL AIZPURíšA The Cobre Panama project is not only the most important project for us in the region, but also our worldwide flagship program. First Quantum Minerals currently operates six mines around the world, and we have three projects in the development phase in Latin America. As Panamanians, we are proud to have such an important project here; at USD6.3 billion, it is the largest private investment in Panama’s history.

OCTAVIO CHOY Orla Mining, our parent company, has a gold project in the province of Los Santos from which it expects to extract 750,000 ounces of gold. We are waiting for the government to issue permits, though we predict a successful project. The project could generate 500-1,000 jobs, both direct and indirect; however, in the beginning, it will employ over 300 employees. At present, 95% of the employees belong to the surrounding communities. We are fully motivated to move the project forward once the permits are issued.

How are you helping the local communities?

MA The Cobre Panama project has created tangible community development programs. If one visits our surrounding communities, they can see how they have evolved and their quality of life has improved, in terms of schools and education, for example. We have invested approximately USD58 million in community development programs and around USD34 million in environmental programs, both locally and nationwide. Our reforestation program will cover almost 100,000ha, which means we are more than doubling the Cobre project’s footprint. Our concession area is around 13,000ha, and our project footprint only covers 5,900ha.

OC We are building capacity with the local communities. We are in the process of building new alliances with universities in Canada to bring specialized courses and skill sets to the community, so they can be employed at higher paying jobs. Our focus is on developing the Panamanian workforce for more lucrative and specialized positions.

Can you tell us about First Quantum Minerals’ sea turtle project?

MA The Cobre project has several national and international NGO partners that assist in community, social, and environmental development, as well as conservation. By partnering with international NGOs, we elevate the standards by which we carry out our environmental programs. For example, we cooperate with the Sea Turtle Conservancy to monitor and care for turtle nesting areas.

Are there any other initiatives that you would like to start working on as soon as project starts in Panama?

OC Our plan is to update the pre-feasibility study to ensure the project is built to the highest standards. We would like to explore and expand the gold reserves and also look at the potential of the copper reserves we discovered around two years ago and see if they hold any economic potential.

What will be the long-term impact of the project, and what are your goals and priorities?

MA We purchase over USD1.1 billion in goods and services from around 1,500 Panamanian suppliers, and that money goes into the national economy. We pay around USD30 million in monthly salaries, which means we pay social security fees of around USD10 million per month. Once fully operational, our copper concentrate exports will be worth around USD2 billion a year, or 3% of Panama’s GDP. In 2H2019, our aim is to reach full and stable operations so we can start exporting around 320,000 tons of copper concentrate in 2020.

OC Our immediate goal is to get the concession renewal and our medium-term goal is to start construction within the next three years. We have invested over USD80 million in the country and are ready to invest USD120 million once we have the permits and concessions. Also, if the copper discovery develops into an economically viable deposit, we will look into that. The discovery is not too far from the gold project, but they will be two completely different projects.