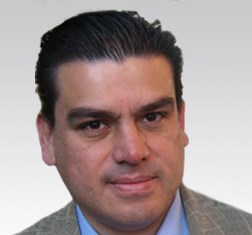 Marcos Flores started his career in IT in Blanco Technology Group, a global leader in data erasure, in 2006. He has experience in data protection laws and best practices. Flores is often a speaker in data security events in LATAM and Spain and provides consulting services to governmental and financial institutions.

Share on:
“Delete Technology is now a fully Mexican company with a presence all over Latin America.“

What factors led up to the acquisition of Software Blanco and the subsequent rebranding as Delete Technology?

Blanco used to be a Finnish company until it was sold in 2014 and became part of a group from the UK. Delete Technology is now a fully Mexican company with a presence all over Latin America. The acquisition was a major step forward for our company. When we opened an office in Mexico, we were following the company’s general strategy. We became independent in early 2018 and have new ideas for the company, as doing business in Mexico and Latin America differs from Europe. In the region, companies are more concerned about receiving certain services rather than just the software. We have a wide range of services, which has helped us form better relationship with our clients.

What are the main characteristics of your average customers?

Our customer profile is divided between private corporations, financial institutions, and the government. We have a greater focus on the latter, as the Privacy Act opened many doors for us. The government is required to follow a strict set of norms and compliance when erasing data. This was the first segment that we started to serve in Mexico. Financial institutions are another important target for us, as they have to abide by many international regulations. The banking system in Mexico is dominated by foreign companies, and most of the top banks are international. The few Mexican banks that are owned by Mexicans also need to comply with these norms, so that is a great market for us. The third customer base is corporations listed on the stock exchange that need to comply with international regulations. When data erasure was first being discussed, we were the first company in Mexico that was introducing the technology and processes that would be needed. Our first customer was Banco de Mexico. It was extremely important for us to get ahead in the sector and gain the trust of these institutions and corporations. Most of the banks in Mexico now work with us, including Bancomer, Banorte, and Scotiabank. We are data erasure leaders in the financial sector and cover most of this market.

How well prepared are Mexican companies when it comes to cybersecurity?

In the last several years, Mexico has invested a great deal of money in cybersecurity. Private companies, government entities, and banks are now familiar with the risks, and hackers have shown what they are capable of. Now, securing customer data is a large issue for companies, and they are investing accordingly. We see a great deal of excellent qualifications from people leading IT security departments. In Latin America, Mexico is the leading country in this regard. We do need to start developing applications, software, and hardware in the region related to security in order to improve. Most of the technology comes from the US, Europe, and Israel. These areas are developing many solutions while national security agencies typically prefer the local development of this technology when possible. This is a gap that needs to be closed in the region.

How do you plan to continue expanding in Mexico?

Mexico is our biggest market, while Colombia is our second market, and it is growing significantly. Even though Brazil is the largest country and economy in the region, it does not have the latest technology and lacks an established data protection law. That makes it difficult to convince people in that market that they need our product. Due to security reasons, Colombia has been investing significantly in technology, especially cybersecurity. That is why it is a great market for us; the more rules and regulations there are in place, the more popular our software is.

What strategies do you employ to stay ahead of the regulations?

Technology moves faster than laws. It takes time for people to know if they need to adopt new technology, and this context helps us understand what the next step will be. For me, it was especially beneficial to live in Europe because I had a chance to see the implementation of extremely strong data protection acts. In Finland, data protection laws have been in place since 1972. Mexico adopted the same laws in 2010, so there was a huge gap. When Mexican began to adopt these processes and services, I realized it would present a great opportunity for IT security solutions. Companies face severe penalties when they are not complying with data protection laws. Telecommunications companies, retail stores, and universities are some examples of entities that are not keeping information safely. Many are already paying fines for this lack of security.

How do you differentiate your company from other providers?

We work to secure our customers with the best technology and people. We have invested a great deal of time in the process that we use to deliver our product to customers. We are the only company in Mexico that provides such service. We try to be as professional as companies in the US or Europe and have the best teams we can gather to provide these services. Our company learns from what other regions have incorporated and emulates them in Mexico, all while adapting them to the local culture. The mentality in each country is different, which is a significant factor in marketing our product. The needs in Colombia, Brazil, and Mexico are different, and we need to adjust to the way each country does business, which is our main challenge.

What are your plans to expand your services and products in the region?

In Mexico, we have covered most of the market. Our next challenge is the change of administration, as a new president started in December 2018. Many contracts will come to an end in 2019, and we seek to renew those contracts. Hopefully, we can retain the trust of our customers on the government side. Mexico is a steady country in terms of income for the company, and we are focusing more on Latin America, specifically Colombia, Chile, and Brazil. We have distributors in the region, though the next step is to open offices in these locations. We are currently the leading company in Latin America, as we have been operating since 2006. We have developed a network of distributors in the region, and when we have physical offices that can further support our distributors, we anticipate being able to close bigger deals and grow the number of customers.