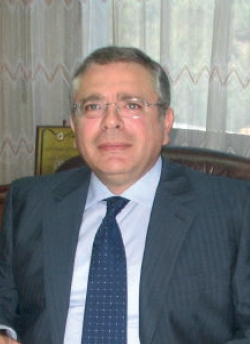 March Of The Machines

Share on:
What have been the most significant achievements of the Association of Lebanese Industrialists (ALI)? Lebanese industry is driven exclusively by the private sector. The association is defending the general interests […]

What have been the most significant achievements of the Association of Lebanese Industrialists (ALI)?

Lebanese industry is driven exclusively by the private sector. The association is defending the general interests of and representing the industralists. We are also trying hard to boost industry’s role in the Lebanese economy. Among the most recent achievements of our previous board headed by Neemat Frem was the establishment of four industrial zones across Lebanon. This was a long-lasting demand from various sectors. We are interacting with the Ministry of Industry and with government officials to solve specific problems, and to promote an overall industrial policy for the benefit of the sector and of the economy. As part of a free market economy, we are always trying to put forward the role of industry, particularly in development, growth, and job creation. Although public policy does not envision a clear industrial plan, despite the great efforts of all ministers of industry of recent years, ALI has been proposing suggestions and concrete measures both to tackle specific issues, and provide a building platform for an industrial and economic plan. ALI is interacting with governmental bodies and non-governmental institutions that can play a role in industry. For example, the central bank has been offering loans preferential terms for capital investments.

What have been the most active committees within the ALI over the past year?

ALI has three councils and 15 committees, each dedicated to a specific topic. In view of what is happening in the country, and in order to avoid further economic decline caused by the regional turmoil, we have focused lately on economic policy. We have proposed mechanisms and economic stimulus measures, as has been seen elsewhere in the world. We called to inject 3% of the GDP, hence $1.2 billion, into the whole economy, and across all sectors of activity. We have also put forward what is needed for industry in particular. These demands began in the paper sector three years ago. The validity of this suggestion has been confirmed by the fact that the Banque du Liban has launched a financial stimulus package worth $1.4 billion.

How did you transform the stimulus package into long-term growth?

Measures were taken by various industries. Some of the financing was dedicated to industry, specifically. This package has ensured that viable industries that provide jobs and growth have been able to sail through these difficult times, particularly when many traditional export routes were compromised. Investment in industry has continued. This has been productive in consolidating the industrial base and increasing exports and local output. This has played an important role, because if you look at the growth of our exports since 2005, they have more than doubled. Our exports are in traditional, and in value-added products. We are reaching traditional as well as more demanding markets all over the world.

How have you been opening new markets and improving partnerships with industrialists abroad?

This is what we are working on now. As a newly elected board, a central component of our strategy for industry development is to promote partnerships both with international groups and the Lebanese diaspora. Our confidence that this can be successful lies in the fact that Lebanon has strong resources, $167 billion in assets in the banking sector, and a very solid base of human resources. Our GDP is only $45 billion in size, and our per capita income is $10,000, so there is a great deal of growth to be achieved and potential to be tapped. We want to move forward. This is why we have called for measures and programs for “Lebanizing” the economy by putting together, in synergy, all of the potential of Lebanon—both the residents and the diaspora. We have a strong diaspora that is capable to creating some growth. We had 9% growth in 2009 when everyone else was in crisis. So, we are capable of putting more growth into the economy by building in these synergies.