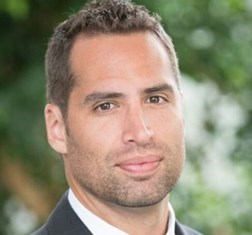 Luis Herrera holds a degree in Communication Sciences from the University of San Martin de Porres. Luis currently leads the Procore team for the Latin America region. He has 21 years of professional experience and more than 12 years of experience in software-as-a-service (SaaS) technology, as well as in growth and business development strategies. He has served as an essential part in projects for a variety of companies such as helping lead sales for AT&T in Austin, bilingual manager for internal sales in the south of Texas for Dell and was part of the business development team in LATAM, Spain & Portugal for Revionics.

Share on:
“If you are not on the digitalization train you will not be able to continue performing at an acceptable level.“

What role does Mexico play within the international business model of Procore?

The intention is to grow in different countries. Mexico has definitely become one of our key markets in the region since we started doing business in Latin America. The market has been fruitful for us. As a cloud-based construction software company our product and platform have been very well received. Initially, some felt that a solution like Procore could only help large companies, but over time we have been able to explain that this is not the way it works. We can work with small, emerging, mid-market, and major and enterprise companies. We have the ability to provide efficiencies and better margins, and the intention behind our presence in Latin America is to continue our growth. We have been very well received not just in Mexico, but also throughout Latin America. We have an office in Mexico but our objective over the next five to 10 years is to continue growing in other countries in the region.

Why did Procore decide to become a technology company that focuses on solutions for the construction industry?

Procore has been around for over 20 years. Our founder Tooey Courtemanche was part of the construction world and always believed there was a better way to do business. The vision behind starting Procore was to make things more efficient and generate greater margins, but also from a human perspective to give people more time outside of work. Procore’s intention, mission, and vision is to change the way construction is being done. Platforms are now part of everything we do, and if you think about Zoom, Amazon, and Facebook, the platforms that we use on a day-to-day basis form the core of what our next steps will be. If you consider construction as a centralized activity in one place, with platforms taking care of all the processes involving the pre-construction, construction, and post-construction stages, you precisely grasp the nature of what Procore offers. There is a centralized option where you can give access to all your users, whether or not they are people within your company such as suppliers. The other thing is you have unlimited users and unlimited data that you can store, and I think that is our biggest differentiator, obviously on top of the fact that we are attempting to transform the way we undertake construction projects.

What experience did the company have when launching its IPO and what are your expectations from this?

The idea was to go public a year ago and we had actually gone through the process of filing, but we eventually had to put a hold on it as things were just not flowing the way that the company ideally wanted. Once things stabilized again, they decided to go on but, obviously, the pandemic remains a reality. Other areas are claiming to be reopening everything and that COVID-19 is over, but this is not true. The intention had been to realize the IPO in early summer 2021. It is an exciting time, and we know that much more growth is likely to result from this; we are looking forward to monitoring our subsequent performance. We have done very well if you consider what we have done so far, and I perceive more to come. We have made acquisitions along the way to solidify our company for today and tomorrow, and will continue the growth process over the coming years. We have international activity, which is a huge part of what we are set to do, and which forms one of the main pillars of the company.

What do you perceive as the current investor mood in this sector, and how have you managed to grow during such challenging times?

Throughout the pandemic, uncertainty ruled. The one thing that made me feel more confident about this is what I have known about the company for several years prior to my arrival in terms of how they conducted themselves from a financial perspective and how they always considered what was next instead of adopting a short-term perspective. With that in mind, I came to Procore and I noticed that they have their plan pretty well established for the coming years, and also that the international market was a big focus. Mexico is a huge market and has been giving us the most growth, in addition to South America, and the Caribbean and Central America. However, we continue to evaluate new territories every single day to see where the next movement will be and where the next piece of construction that is going to be impacted by a platform like Procore is. The idea behind it is that Procore is here to stay, construction is here to stay, and it is never going to stop because we are part of the construction universe every single day wherever we go. Our task is to figure out the optimum way for every company to maximize its margins and efficiencies.

What do you think differentiates those companies that have persevered from those that have left the field?

I am regularly asked about what will happen to the small-, medium-, and large-sized companies engaged in construction. It depends on what kind of action they take if they jump on the digitalization train, and if they really make an effort to survive because at the beginning, when you start, that’s as much as you can expect to do. In the interim period, you are trying to sustain your growth and the major companies want to retain their status, competing also with mid-level companies. People are increasingly talking of the need to change and digitalize, and now is the time for action on this front. Years have passed and now here we are amid a pandemic that has brought much clarity on what comes next. If you are not on the digitalization train you will not be able to continue performing at an acceptable level.

What are your goals and objectives for the rest of the year in Mexico and Latam and for 2022?

The first thing that springs to my mind is growth. Continual growth is the ability to satisfy the needs of many different markets. Obviously, Mexico will remain one of the more interesting markets. Latin America is, of course,changing the perspective to a degree, and there are many countries undergoing political scenarios that apply the brake on swift decision making. Nonetheless, I believe that activity in those markets is inevitable. This gives us much impetus to continue working with those markets and the organizations within them that seek improvement. One of my personal goals is to be able to have Procore as one of the top performers in the entire Latin American region. In terms of bigger countries that are obviously within our scope, we have to clarify certain matters before we jump in. There is a huge evolving construction market that we are already in, but I feel that we have to be a little more proactive, and we are working very strategically to reach that point.