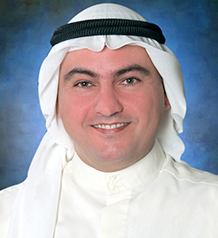 Share on:
TBY talks to Ali Dashti, Vice-Chairman & CEO of KGL Logistics, on trends in the regional market, primary industries, and the ports landscape.

What trends have you noticed in the regional market in recent years?

With our primary focus on the GCC countries, we are active in warehousing, freight forwarding, project cargo, stevedoring, and imports, and some services to the UN and the US government. Something important we have seen as a result of the decrease of the oil price is privatization of activities that have been within the public domain. This is similar to 1997, when the oil price was low as well and privatization started. Back then, we were part of a privatization project, a BOT in Jeddah, in a container terminal that has proven successful. In the current era, Saudi is also taking the lead in this privatization process. It has a clear vision of what it wants to do, and in Kuwait we are still developing this vision. In some aspects we are better off, but we seem to be unable to decide what direction to go. The Kuwait Port Authority, for example, should decide whether it wants to privatize or take the operations. Most logistics companies would agree with this, and the closure of the free trade zone is another counterproductive action. Without a clear vision, it will be hard for Kuwait to regain its position as a major trading hub in this region. We need flourishing and successful port operations to facilitate trade. There are talks about privatization but so far we have not seen real action. Other countries are progressing; Dubai is the most prominent, and Saudi and Oman are following suit.

How has the nature of your shipped goods changed over time, and what industries do you primarily serve?

In recent years, the government has stepped up with infrastructure projects, as well as large-scale development projects within KOC and KNPC. We are logistics partners for these, and furthermore we anticipate other project cargo activities to increase. For example, we are subcontractors to Petrofac, which was recently awarded a large contract. On the consumer side, the food market, for example, has changed little and we are the transporter for many of the industry players here.

What are your expectations and recommendations for the development of physical infrastructure in Kuwait?

Boubyan is a project that is now developing, although the government has not announced its vision yet. There is a law for the island, and there is going to be a permanent board for this operation. If we were going to advise the government it would be for it to be privatized, we have capable companies in Kuwait and in other regions in the world that can operate this port, either as a single operator or with multiple operators. If the objective is to serve Iraq, there is a competing port in Al Faw, which could also be privatized. Kuwait has three commercial ports; Doha, Shuwaikh, and Shuaiba, and they have enough capacity to service base needs from an equipment capacity perspective. They do require some upgrades, but essentially they are serving Kuwait’s needs. If the vision is to develop Kuwait as a hub, then we have to think about the combination of these four ports. The small port of Doha is for containers, the port of Shuwaikh is for the general cargo, and Shuaiba primarily for petrochemicals and containers. Boubyan should be included within this synergy.

Who should step up here to force a breakthrough in the port situation?

It has to come from the top in the government. Initially KPA was run as a government operation and it was losing money until 1995; that is when it decided to privatize. Only a portion of the operation, the stevedoring, was privatized, and this turned KPA into a profitable institution. There were three operators in Shuwaikh port and three operators in Shuaiba port and there was competition on multiple levels. There was a competitive environment among the two ports, and consumers were benefiting because they could put different operators against each other; the government was also benefiting because the KPA was profitable. Now with this entire new terminal the KPA is introducing, it is unclear which direction Kuwait is going. We have given clear advice to the government that what is happening in KPA today is undermining everything the government is trying to do. It scares investors and cargo shippers and does not seem to serve anyone. The market wants clarity on whether further privatization is on the agenda.