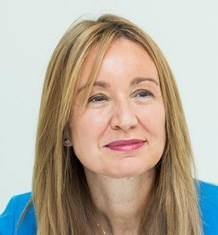 Loreto Ordoñez has a degree in mining engineering from the University of Oviedo and the Université Libre de Bruxelles, as well as a master’s in combustion and turbines from the UK and an MBA from IESE. She has been in her current position since 2011 and sits on several boards of directors within the ENGIE group.

Share on:
ENGIE is developing new products in the areas of mobility, energy efficiency, and photovoltaics, seeing much room for growth in the renewables area.

How do you evaluate the results of 2020 and what are the expectations for year end?

We closed the year of 2020 with a turnover of EUR1,970 million, and the most outstanding thing was the evolution of our commercial activity, despite the difficult context of that year and the increase in ENGIE’s presence in the industrial sector. In addition, we have had the ability to continue developing new products in the areas of mobility, energy efficiency, and photovoltaics, which consolidates ENGIE’s position within the sector as a growing benchmark in the renewable and efficiency sectors and leaders in decarbonization solutions within the industrial sector. Our expectation for 2021 is to continue focusing on renewables and decarbonized solutions for the development, creation, start-up, and operation of industrial assets. We seek to become the leaders and reference energy partners for our clients with projects that accompany them on their path toward decarbonization, toward their own “green” transition in which many are already immersed: either through new renewable assets, solutions of self-consumption, or the development of heat and cold networks etc.

What are some of the projects to highlight in terms of renewable energy in Spain?

Spain in 2019 was the largest photovoltaic market in Europe and the sixth worldwide. ENGIE Spain contributed to this development thanks, among other projects, to the Seneca project that emerged after the awarding to ENGIE Spain of 50MW of photovoltaic technology. In the third renewable energy auction that took place in our country in July 2017, it was awarded for that year a total of 8,000MW of photovoltaic and wind technology, most of which was commissioned before the start of 2020. The Seneca project has Mirova as a reference partner and BNP Paribas as a financial ally. This has allowed the creation, construction, and start-up of a new Andalusia solar power generation plant, with an installed capacity of 50MW and an investment of around EUR40 million. Located in the Cordovan town of Palma del Rí­o, the photovoltaic plant covers an area of approximately 100ha and generates about 100 GWh/year of renewable production, enough energy to supply approximately 50,000 homes. During the construction phase since autumn 2018, and throughout 2019, about 250 people were employed. As in other ENGIE projects, such as Goya and Phoenix (a total 550MW of wind power, where Mirova also plays a role as a reference partner), Seneca is an example of ENGIE’s ability to tackle the management of complex projects with different roles. All renewable energy projects developed so far are part of ENGIE’s commitment to growth in renewables, and are a clear example that this aspiration is a real ambition, facing the challenge with new projects and solutions that will be aimed at achieving our consolidation in the market. ENGIE offers a global and sustainable proposal adapted to the specific needs of each client, and our commitment to energy transition allows us to meet the group’s strategic objectives of leading the energy transition toward carbon neutrality. Regarding offshore wind energy projects, the ENGIE group centralizes all its activity through the Ocean Winds company, which is a joint venture between EDP Renovables and ENGIE given the great financial, processing. and construction efforts of these types of projects, and the synergies that exist when tackling them globally.