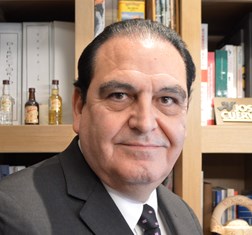 Roberto Delgado has a PhD in business administration from the University of Economics and Science of Aix-Marseille, France. He has been a senior marketing manager in various public and private companies. He currently leads the social and tourist projects of José Cuervo in Tequila, Jalisco. He is the founder and director of the Latin American Center of Social Responsibility and was previously the director of the Faculty of Social Responsibility at the Anáhuac University.

Share on:
Recent tourism trends have pushed the company to expand further into the tourism industry and create an experience with the optimal mix of technology and authenticity.

What challenges did you face during the creation of Mundo Cuervo?

There were two main challenges: transforming the entire infrastructure that was not made for tourism and locals’ livelihoods. People were accustomed to working in some of the distilleries; they did not know about public relations or speak several languages. We work extensively with young people; they have understood the importance of learning languages and hospitality principles. As a result of the training, they now provide high-quality service. People are surprised to learn that we trained our employees in house. Another challenge was to convince the town that it could become a touristic destination. We have been successful; Tequila has 40,000 inhabitants and it received around 500,000 visitors last year.

How do you seek to strengthen the perception of Tequila as a brand?

Don Juan Beckmann, our president, ensured that Tequila, the region’s name, was seen as the denomination of the spirit. The blue agave only grows in certain regions. Production is continuous; agave is not like grapes, which can only be harvested during a certain season. That is why we sought to have the designation of origin, and UNESCO has recognized the agave landscape as a World Heritage Site. We want people to know tequila is much more than just the drink.

How was 2018 as compared to previous years?

The company has been growing over the last few years. Three years ago, we opened our first hotel due to the high number of weddings taking place. We decided to set up our first hotel, a colonial-style hotel that today belongs to the Relais & Chateaux chain. We have an average occupancy rate of 42%, which is great for a three-year-old hotel. Don Juan created the Tequila Route in the region, with eight municipalities with different characteristics located around the volcano. For example, there is a region called the Guachimontones, which has extremely interesting circular pyramids. The route is 13 years old, and notably, the number of visitors has grown from 200,000 in the first year to 1.4 million in 2018, and the economic spillover has grown more than 300%. The Jose Cuervo Express is one factor that has greatly improved our circumstances. Moreover, Tequila is an hour away from the city of Guadalajara, and there is direct access from the airport, further boosting the number of visitors. An average of 1,500-1,600 people visit our facilities daily. In 2018, we acquired another hotel, a boutique hotel with 20 rooms. In 2019, we will build another 20 rooms. Some 15 years ago, there were 43 simple rooms in Tequila and at present, there are 460 rooms, a third of which are four- or five-star rooms.

What strategies are you using to fulfill the Smart Pueblo Mágico project?

Our vision for 2040 is to receive at least 2 million visitors a year. This figure is, of course, conditional on the infrastructure and the tourist dynamics of Tequila. It is a projection based on the average growth of recent years. Five or six years ago, we started working on this smart city project so that visitors can have connectivity wherever they are. This helps a great deal in terms of planning. We have 100% connectivity in the historic center, traceability, mobility, and big data. Visitors can download our application and if they want Mexican food, they can search from the restaurants on the app and make a reservation. The same applies to parking. We want people to use technology but without losing the authenticity of the place. The historic center is currently smart, and we want the entire city of Tequila to be smart by 2030. In total, we have invested nearly MXN200 million on the whole development and around MXN15 million on the smart city. Tequila is the only Smart Tourist Destination in Mexico certified by the Spanish Ministry of Tourism (SEGITTUR).