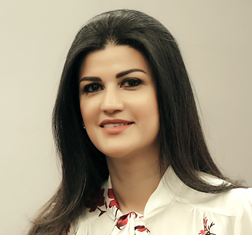 Nadine El Habbal is the Acting Head of the Insurance Control Commission. She is active within the International Association of Insurance Supervisors and sits on a number of group-wide regulatory panels. She initiated and implemented effective risk based supervision, that yielded a number of fundamental changes in the marketplace and were positively marked by international rating agencies.

Share on:
Fierce competition is putting pressure on smaller players to upgrade their operations or find alternative business models.

What is the mission of ICC?

ICC has been entrusted with the mission of protecting the interests of different stakeholders in the insurance sector, with a particular focus on policyholders. Recently, ICC aligned its supervisory philosophy with the Insurance Core Principles and initiated sustained and consistent cooperation efforts with the other regulators in the financial services industry in Lebanon, such as the Capital Markets Authority and the Banking Control Commission. These efforts underline the importance that ICC places on the effectiveness of inter-regulatory work in combating illegal money transfers and suspicious transactions that can be engineered along the entire spectrum of financial services. This is all the more important in view of the Mutual Evaluation Report for Lebanon planned for 2021. A key component of ICC’s mission is ensuring transparency and best governance practices in the sector. We guarantee this first by maintaining the strict independence of ICC from players in the sector and through a series of initiatives and measures set to align the Lebanese insurance market with international standards.

What is the ICC’s strategy?

Our strategy is based on a combination of incentives and penalties that promote compliance to international best practices and good governance. ICC recently implemented a risk-based-supervision approach, whereby companies are scored according to their financial condition and market conduct dimensions and classified based on their overall risk profile. ICC would allocate minimal supervisory efforts to companies with a good score, while insurers with shaky positions and/or doubtful market conduct are thoroughly scrutinized. The score we attribute to companies reflects the risk-return profile of the company in all its measurable dimensions. Cross-market considerations that could generate systemic risks are identified and treated proportionally. In the same context, the commission is implementing group-wide supervision in cooperation with other insurance supervisors to tackle complex insurance conglomerates, spanning a broad range of insurance and auxiliary activities operating in several jurisdictions.

Would you describe the Lebanese insurance market as overly competitive?

Not necessarily. Despite Lebanon’s limited size, the country could serve as a platform for the region and access much larger markets. In fact, while public attention tends to the high number of insurance companies—51—competing for a small market, the local market is largely concentrated. Respectively, over 85% of the life insurance business and 65% of the non-life business are written by 10 insurers. Concentration has been steadily increasing, which indicates that smaller players are facing growing challenges in achieving sustainable profitable growth. Various supervisory actions, implemented and planned, put pressure on smaller players to upgrade their operations or find alternative business models. In this context, innovation and digitalization in services and process could play a fundamental role in transforming a small ordinary player into a niche player. That can turn into an insurance powerhouse. In case such ventures are challenging, insurers need to join forces to achieve scale. The ultimate objective pursued by the ICC is to enhance the productivity and the competitiveness of the sector, which is extremely promising. The Levant—Lebanon, Syria, Iraq, and Jordan—has an estimated population of 72 million with a young age pyramid. It can be expected to yield insurance premiums exceeding USD40 billion. This is staggering unexploited potential. The insurance sector in Lebanon can act as a natural platform of insurance services for the region, which was a single jurisdiction less than 100 years ago, where people and capital could move freely in a vast economic space. The fulfillment of this vision requires focused investment in the key success factors, mainly governance, risk management capabilities, digitalization, and consolidation.