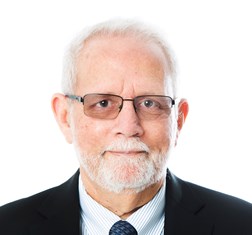 Let There Be Light

orge Arosemena has headed the management team of the City of Knowledge Foundation since its creation in 1997. He studied civil engineering at the University of Panama and obtained a bachelor’s in philosophy and a master’s in sociology from Saint Louis University. Between 1987 and 1993, he was project coordinator for the Action Committee for the Economic and Social Development of Central America of the Latin American and Caribbean Economic System. In the public sector, he has been executive director of the Panamanian Institute of Tourism, vice minister of the Presidency, and deputy minister and minister of education.

Share on:
City of Knowledge has evolved over the years to identify itself as an innovation community that fosters social change based on humanistic, scientific, and business perspectives.

City of Knowledge has taken a number of important initiatives. What are the most noteworthy?

We are proud that the entrepreneurship ecosystem in Panama began at the City of Knowledge, as it created Panama’s first business incubator, which later evolved into a business accelerator and eventually into an innovation center. Along that path, we accompanied the launch of private funds as well as dedicated funds to support start-ups. Thereafter SENACYT and the Chamber of Commerce joined us, as did some universities and banks, while the government created the Autoridad de la Micro, Pequeña y Mediana Empresa (AMPYME) to support the entire ecosystem. In January 2019, we inaugurated a new co-working space that is already mostly occupied by start-ups. The fact that we have been able to attract universities from the US, Europe, and Latin America is another source of pride. We have opened windows of opportunities for our universities and business communities to work with both a Latin American and global vision. After years of working here we have grown to become a community of over 11,000 people featuring researchers, students, teachers, entrepeneurs, and businesspeople.

You are hosting the Cybertech conference again in 2019. Aside from the event, what does City of Knowledge do to maximize awareness of its services?

This is the third year in a row where Cybertech Latin America has taken place at the City of Knowledge. It was the initiative of the former Israeli ambassador, and the current ambassador has supported this important technology gathering. There is no better place since we have people from all over the world, including North America, Latin America, and the Caribbean, working for start-ups and innovative companies. Events such as Cybertech help us reach out to local and global communities.

What are your goals for 2019, bearing in mind your long-term targets?

We are constantly reviewing our regional vision and have advanced sufficiently to redefine our mission and identify ourselves as an innovation community that fosters social change from humanistic, scientific, and business perspectives. Now, during strategic planning, we are introducing new factors to revise our vision. We have invited not only our tenants, such as universities, high-tech companies, start-ups, international institutions, and NGOs, but also the surrounding community. In due time we will work alongside the new authorities, since some of them may not be sufficiently familiar with what we do, and we will reassure them we can always provide a space where people can openly discuss and confront different views.