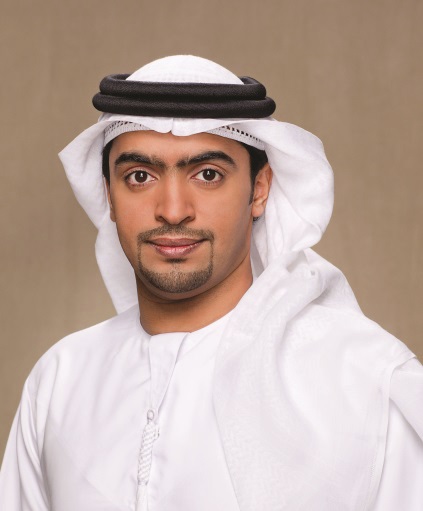 Mansour Al Mansouri has been Director General for NMC since June 2015. He previously occupied the position of Director of the Office of Government Communication for the Abu Dhabi Executive Council and as Business Support Business Director for Musanada from 2008 to 2011. He is also a member of the Board of the Abu Dhabi Tourism and Culture Authority.

Share on:
TBY talks to Mansour Al Mansouri, Director General of National Media Council, on ensuring common standards, building the media of the future, and empowering the next generation.

How do you interpret the “digital shift” that media companies in the UAE are embracing?

The UAE’s media sector is undergoing rapid changes because of increasing digitization. According to the Arab Media Report 2016-2018, digital media is one of the fastest-growing sectors in the Middle East, with digital video now growing by 30% and e-books by 10%. The National Media Council (NMC) functions as a regulatory body, as well as a body that supports all forms of media in the UAE. NMC’s regulatory role requires us to ensure common standards, irrespective of the medium, that are necessary to ensuring the veracity and quality of the information being relayed to the consumer. The UAE leadership believes that the exponential increase in digitization can be a key driver for the country’s development. His Highness Sheikh Mohammed bin Rashid Al Maktoum made this point clear when he addressed the ‘Future of Media’ retreat, a summit organized by NMC in Abu Dhabi in February. Defining concrete initiatives that would ensure the future growth and international influence of media in the UAE, His Highness outlined a vision for the country to take a leading role in driving the industry forward as an instrumental component in helping the country achieve its ambitions on the global stage.

What further measures should both regulatory bodies and independent players adopt to keep up with the fast advent of changes in the industry?

NMC’s mandate is to develop and support the local media sector and build the media of the future. Part of the council’s strategy is to develop an advanced legislative and regulatory environment for the UAE’s media sector. NMC’s Electronic Media Regulations, for example, were enacted to help the UAE’s media sector remain on top of the rapid changes taking place. Issued in March this year, the regulations work to enrich and organize digital content. They also ensure that media material respects the religious, cultural, and social values of the UAE. One important dimension of the regulations is that they act as a safeguard against false information, which if unchecked can have a detrimental effect on society. Often such false information is commercial in nature and comes in the form of a social media personality dispensing ‘advice,’ which in reality is a paid-for endorsement of a product or service. NMC’s Electronic Media Regulations require companies and individuals who engage in activities of a commercial nature on social media to get licenses so that their activities can be regulated in the same way as traditional advertising. NMC is committed to gauging audience perceptions in its regulatory role. The ‘Public Confidence in the UAE Media Index,’ launched in early 2018, evaluated the UAE public’s main sources of news, information and media. The findings showed that local newspapers were heavily relied on for local news at 98%, followed by radio stations at 72%, television channels at 59%, and news websites at 34%. The survey found the overall reliance on UAE media amounted to 63%.

What is the key to attracting local talent, and how do you expect the younger generations to change the nature of media in the UAE?

It is young people—the largest demographic in the region—who are driving the changes in the sector. Recognizing that education is integral to this process, NMC is focused on building the capacities of the country’s youth. To this end, we regularly partner with local universities for various initiatives. Providing young people with a say in the UAE’s media sector, NMC commissioned a nationwide survey titled Sources of Youth for Obtaining Information and News, conducted in collaboration with the UAE University’s Centre for Public Policy and Leadership. As a result of the study, NMC formed the Youth Media Council in March this year. Comprising young journalists and students from universities and media institutes across the country, the Youth Media Council is a platform for the young to contribute to the sector.