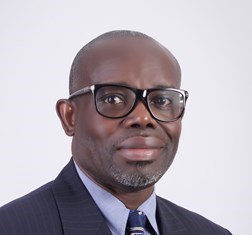 Leste Aihevba, a seasoned technical professional and strategic leader spent the first 20 years of his illustrious career was with Shell International E&P with roles of increasing responsibility in Nigeria, Holland, Oman, and US. The last 8 years were spent in leadership roles with BP America, US; Kuwait Oil Company, Kuwait; Cairn E&P, India; and BHGE Digital, US. His track record of innovations includes first ever TAML 6S well, first ever installation of an ESS in a horizontal well, and first ever combination of swell packer and ICVs in a 5-legged multilateral smart well. He is also renowned for best-in-class performance improvements in WRM, Artificial Lift, Production Optimization, Well Integrity, Petroleum Economics, Strategic Cost Leadership, and Portfolio Optimization. He has delivered increased production and reduced cost on every asset he managed. A member of the Society of Petroleum Engineers (SPE) and the American Institute of Chemical Engineers (AICHE), he graduated from the University of Benin with a First-Class honors degree and holds an MBA from the Colorado Technical University.

Share on:
“We have something that the entire industry in Nigeria agrees on: the best community program.“

What do you bring to the company, and what will be your main focus?

I am focusing on three things, my three Ps: People, Production, and Probity. People take priority because coming out of the recent price dip in the oil industry, there was low staff morale for many reasons. Getting staff back to a level of engagement where they are happy to work for Energia and the oil industry has been a key priority and based on the feedback from staff on a number of the initiatives taken so far, we are on track. Secondly, the company’s main objective is to produce oil safely, efficiently and cost effectively. With the focus on production, many of the systemic inefficiencies have been addressed and production has almost doubled with minimal infusion of capital. The third focus area is probity and integrity for our corporate image and accountability. We must be able to approach the regulators and communities in which we do business for license to operate and the contractors to bring quality services in for us to get products out must trust us. If we do not have these three priorities (3Ps), properly lined up, staff will not be engaged and be less productive, the company will have problems with its corporate image, there will be no accountability in the system and everything we do will be disrupted by misrepresentation in the press.

How do you plan to work on improving the corporate image and accountability?

To address the multiplicity of governance failures that people have not been able to talk about openly for fear of reprisals, we launched a whistleblowing policy in April. This process is managed by an external company, namely PwC. If anyone has suspicion of unethical practices in relation to any of the company’s dealing with the contractors, regulators, local community, government, or staff, they are now encouraged to report, (anonymously, if they so desire). The managers of the transparency platform will initiate investigations and take corrective measures where necessary. This process ensures that everyone is now conscious of their actions, and makes people understand they can actually do business in a clean and transparent environment where everyone plays on the same level.

What is your current production and what are your targets?

How are you finding such investment?

The cost of capital at Energia is relatively high because we are currently relatively high on gearing and that affects the market view of our corporate image and financial prudence. Based on which investor you talk to, offered cost of capital can be anything between 12% and 23%. We have been able to reduce our interest rate on existing loans from 14% to 11% and we do not want this to increase. Because the cost of external funding is so high, the banks get much more than the shareholders as returns. Our near-term strategy is to reverse this by taking advantage of the increased revenue from our increased production, the strategically reduced cost structure, and a more ethical contracting strategy to put more of our own money into our projects, reduce gearing, and thereby become more competitive in the capital market.

Why are banks still apprehensive about lending to oil and gas companies?

There has been a significant amount of money invested in the oil and gas industry in Nigeria that did not yield the desired returns, so some of these loans were either not repaid as planned, or not repaid at all and several companies have since gone bankrupt. When a company demonstrates that it can repay as planned, it generally gets better considerations, and its subsequent request for loans are more favorably received by the market; sad to say, however, many companies have not been able to do this. At least 50% of the oil companies in Nigeria have restructured their loan conditions and extended the terms of payment. This does not encourage lenders to advance funds or create an attractive environment for investors who want to inject funds to do business.

How are the plans for a new refinery progressing?

There was a delay, and this necessitated a change in the plans. The initial 10,000 bpsd refinery was estimated to cost some USD100 million, and Energia was not ready to invest that amount money and would have needed to seek third-party funding, which we were not that excited about. We have had to reformulate the idea and redesign the plant for a smaller capacity of 5,000 bpsd topping plant with a slightly different product mix. In addition to the cost requirement, the decision to go into a refinery would also involve restructuring the company or creating a new subsidiary company, hence a more detailed look at the entire scheme, including tankers and transport, the markets for all the product streams, and a proper business case for the venture was necessary. The whole scheme is being reviewed now, and hopefully we will have an improved proposal with better financial metrics for all stakeholders out to the market in the near future.

What are your prospects in terms of the Petroleum Industry Bill (PIB) and how will it enhance the industry and investment climate?

In theory, the PIB addresses many issues. It brings transparency into the tax regimes. Whether a company is in exploration phase or gets into production, the PIB provides incentives. It also seeks to look into gas utilization, (of which still more than 50% flared in Nigeria), and make a sustainable business sense of it. The petroleum profit tax, which is currently at 67% is also proposed to be reviewed. If the PIB gets passed, it will make the oil and gas business more interesting for private investors to enter the oil and gas industry. The difficult side is that the country’s budget and foreign exchange earnings is almost entirely based on oil revenue, as it is almost the only source of foreign income. There is therefore a great deal of political control over what the oil companies brings to the table. The current lack of transparency, which is being addressed by NEITI, results in a great deal of corruption in the industry, which the PIB, if properly implemented, will also hopefully address.

What are your expectations for Energia in 2019?

We look forward to a happier and more engaged efficient staff who feel valued by the company and are proud of what they achieve. We look forward to an exciting year, with production at about 8000 bopd, (over 150% higher than it was in March 2018). We look forward to seeing our cost base reduced by at least USD5 million. Our unit cost per barrel should therefore fall significantly by at least USD5 by focus on both increase in production as well as reduction in costs, a level of year-on-year drop that is almost unheard of in Nigeria. We have something that the entire industry in Nigeria agrees on: the best community partnership and CSR program. The extant MOU cedes a total of 3% of our revenue to the community, though the money is not being spent as judiciously as we would like. Building on our initiatives from 2018, more of this money will be spent on securing empowerment and capacity building for the women and youth in the communities in which we operate. This is aimed at getting them more involved in trainings and local business ventures that will benefit them in a sustainable way. During 2019 we hope to start a couple of community development projects initiatives that ensures sustainable partnerships with about 1,000 members of the youth and women groups.