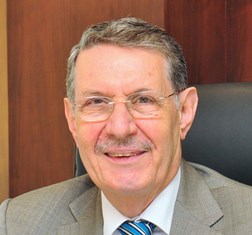 Medical School Has About 1,200 Students

Dr. Khaled Saeed Tabbara is the Vice President of the Arabian Gulf University (AGU). A graduate of the American University of Beirut, earning both BSc and MSc in Biology, he studied for his doctorate in Philosophy in Microbiology and Immunology at Washington State University, receiving his PhD in 1979. He began his career in education as a senior lecturer in the Department of Life Sciences at the Ministry of Health’s College of Health Sciences in Bahrain, teaching courses in basic and medical microbiology. He soon became Chairman of the Department of Life Sciences in 1981, responsible for the daily administration of the department’s 10 faculty members. Choosing to pursue further research, he joined the Department of Microbiology at the University of Texas Medical Branch as a Research Associate in 1982. He returned to Bahrain in 1984 and began his AGU journey as Assistant Professor in the Department of Microbiology, Immunology and Infectious Diseases. Teaching immunology and supervising several Master of Science and Doctor of Philosophy thesis projects, he earned recognition in his area of expertise and became a lecturer at the Amiri Academy of Medical Specialists and Salmaniya Medical Center. Quickly rising through the ranks, he served as Vice Dean for Student Affairs and Alumni, and Director of the Master of Laboratory Medicine Program, both at the College of Medicine, and the Biotechnology Program at the College of Graduate Studies. He was named Vice-President of AGU in 2010, and has also served as the Dean of the College of Medicine and Medical Sciences during 2014-2018.

Share on:
“Building our own hospital will give us full control over the teaching style and instructors.“

What are the main milestones in the history of the university, and what is its academic offer?

The Arabian Gulf University was established by the six GCC countries plus Iraq in 1980. Obviously, most of these countries had national universities but they felt that there was a need for a GCC university that would address topics other than the ones being offered in the national universities. Back then, the national universities were institutions that were a continuation of education following high school. They were created in this way as the demand for higher (university) education was required to fill jobs and to compete. Creating the Arabian Gulf University meant that we could address specialties and programs that are becoming strategically important for the region but were not offered individually by the countries. This is because the number of admissions into these programs is not large, meaning it was not possible to create a program like this in each country. So, AGU was to centralize it and make it available to all the countries. The medical school was created because the number of medical graduates required in the area is vast considering the size of the population. At the time, there were few colleges of medicine: one in Kuwait, four in Saudi Arabia, the UAE, and Oman. We did not have one in Bahrain and could not afford to start one on our own as Bahrain is small and medical schools are expensive. The establishment of the medical school allowed AGU to offer unique programs and methods of teaching so that this medical school follows a different educational strategy. The College of Medicine follows problem-based learning, a method that has become the trend in medical education, where students become active participants in their education. We have been following that since we started, and it was an innovation in the area. We graduated the first batch in 1989, so have now graduated 30 batches, more than 2,700 doctors and over 4,500 students from the university as a whole. When we started, the medical school was taking 78 students; now we take 200 every year and have six years, so we have about 1,200 medical students in total. We also created a special masters and PhD in special education, in addition to one in biotechnology, with four branches, Agricultural Biotechnology, where they create new varieties of plants that produce more and are resistant to disease, Medical Biotechnology, where they develop biological products for medical applications, Environmental Biotechnology, where work is being carried out in the in the field of petroleum industry. In the medical field we are the first to introduce a PhD in molecular medicine in the Arab world. We also have a master of Science degree in personalized medicine, where people’s genes are analyzed. Based on that, you know which diseases you are susceptible to suffer and what medicines are more suitable for your body.

How will King Abdullah bin Abdulaziz Medical City help in the expansion of the university, and what will be the impact on the healthcare and education system in Bahrain?

Many of the medical universities around the world have a teaching hospital both for service and teaching. We are located right next to the largest government hospital in Bahrain. Hospitals of medical schools are usually considered the best because the doctors who work there are the professors who created new knowledge in the field. They also have the advantage of being the most advanced and often have the best doctors. Throughout the years we have used the three government hospitals in Bahrain to teach our students. We appoint the doctors from these hospitals’ faculty members and pay them salaries to teach our students. However, these hospitals are not ours; their primary objective is to look after patients and not to teach, so sometimes there is a conflict between what we want and what they think is their responsibility. Building our own hospital will give us full control over the teaching style and instructors; we will find the best doctors for it too. We will also have full control over the two clinical years. Though our hospital will not be large enough to accommodate all students, we are making a 300-bed hospital, so we will not be able to teach more than 50-60 students in that hospital at one time, meaning our students will also rotate through other hospitals and get exposed to different systems. The hospital will be the heart of the medical city which will later expand with a college of medicine and research centers. There will also be facilities such as a mall with groceries, cleaners, daycare, a small school, health center, conference center, and a research center. 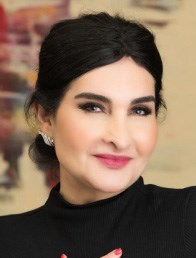 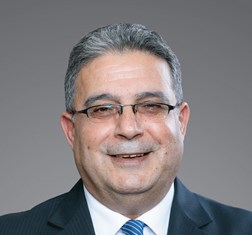