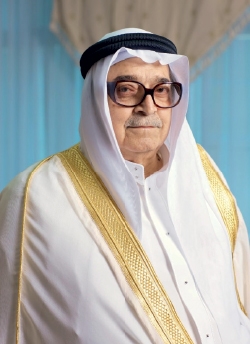 How would you characterize the successes of the Jeddah Chamber of Commerce and Industry (JCCI) under your leadership over recent years?

This Chamber of Commerce was the first in the Kingdom, and it was already a successful entity before I came on board. All of my colleagues, past and present, have contributed to building a successful organization that has been operating now for around 70 years. When I took over five years ago, a solid infrastructure was already in place, as well as an established and prestigious name, and we are continuing to leverage this. We have a large project already underway set to officially open in 2014, namely the Center for Development and Unemployment, which will crucially provide people with an opportunity to find work. We do not believe that finding employment in itself is the only way, as we also hope to create opportunities for people to find work either by starting their own business, or by building partnerships, and I forecast the center officially opening in 2014 to the advantage of the Kingdom and the Arab region.

Aside from the many initiatives to create employment in the Kingdom, the JCCI also works to promote trade between the Kingdom and in the rest of the world. Where do you see the JCCI in a global sense?

How do you perceive OIC trade as a unique niche for KSA?

We regret that trade among OIC countries has been low; it is especially a shame given our proximity and common historical relations. The ICC supports a plan that has raised the level of trade from 11% in 2008 to its current level of 14% or 15%. This is still not sufficient, and a lot of infrastructure has yet to be developed, which is what we will seek to achieve with the next project.

By 2020, Saudi Arabia will have become a very different country in the wake of numerous megaprojects. Where do you hope to see the JCCI by that year?

We will be an active player in such initiatives, and these megaprojects underway will continue in different fields. For example, we will construct a major new convention center and other facilities to advance our mission. Additionally, we will be a major player in facilitating growth and international cooperation. By inviting trade delegations and encouraging Saudi companies to take advantage of government initiatives, we hope to see many local companies expand abroad and take on joint-venture partners here in Saudi Arabia. Through the reputation we have established and on the strength of our geographic location, we will work to make a name for Jeddah as a port and an international city of commerce, and to promote Saudi Arabia as the regional economic force it already is. Infrastructure projects such as King Abdullah Port, the Economic City, the new railways, and the King Abdullah International Airport will make these goals a reality when combined with the efforts of the Chamber and businesses across the country.