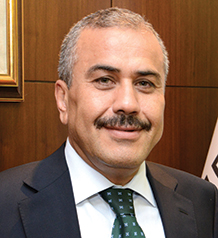 Share on:
TBY talks to Mustafa Yılmaz, President of the Energy Market Regulatory Authority (EMRA), on the impact of recent energy prices, alternative energy, and venues for investment.

Turkey is in the middle of a strong industrialization process. Its population is rising. Consequently, energy demand is growing. In fact, the fastest pace realized among OECD member countries is by Turkey. Despite the last crisis, total primary energy supply has increased with a pace of almost 4% per annum on average over the last decade. However, Turkey is a net energy importer due to its scarce hydrocarbon resources. Turkey imports around 74% of its energy needs, and almost all of its oil and gas demand. That brings about a rising energy import bill, which accounts for around 60% of the foreign trade deficit in general. Thus, Turkey employs an energy policy aiming at reducing import dependence for the diversification of energy supply sources, notably nuclear and renewable energy, and the oil and gas sources with the construction of new supply pipelines, such as the TANAP project and the new Ceyhan terminal. In fact this policy is a long-running policy, not very related to oil price levels. But I must admit that we are happy with the declining oil prices.

Turkey is sitting at a very strategic location. We are neighboring the Middle East and the Caucasus. Both of these regions embody many problems and potential conflicts that may easily turn into instabilities. Being an island of stability for many decades, Turkey is well experienced in being surrounded by conflict. Turkey imports crude from many countries, including Iran, Iraq, Saudi Arabia, Russia, and Libya. When we look at the major crude source countries we see that Iran, Russia, and Saudi Arabia always account for a majority share. For example, in 2005, Russia accounted for 31%, Iran 29%, and Saudi Arabia 15%. In 2010, the first year of unrest in Arab countries, the shares of these countries in crude imports came in at 20%, 43%, and 12%, respectively. Last year, imports from Russia declined very sharply, but the shares of Iran and Saudi Arabia came in at 30% and 11%, respectively. Iraq was the largest crude oil source country in 2014, as in 2013.

What are the prospects for nuclear energy in the country?

Nuclear electricity generation is a strong option for Turkey in our efforts in controlling energy import dependency. Nuclear is also important in reducing carbon emissions. Therefore, Turkey has developed a policy agenda aiming to introduce nuclear power generation. In fact, given the scarcity of its indigenous resources, Turkey has considered nuclear as a priority in its energy agenda for many decades, and accordingly attempted several times to build a nuclear power plant. However, all attempts failed. Consequently, intergovernmental agreements were adopted as a method to get the ball moving. The road map for nuclear energy deployment aims at having a nuclear installed capacity accounting for 5% of total generation by 2023, which will eventually reach 12% by 2030. Two intergovernmental agreements signed with Russia and Japan are the main pillars in the realization of these targets.

What steps can be taken to make conditions in the renewable sector more attractive to investors?

Turkey attributes importance and gives priority to renewable sources. Therefore, a specific law, namely the Law on Utilization of Renewable Energy Resources for the Purpose of Generating Electrical Energy, was adopted in 2005. Later in 2010, the law was amended comprehensively. The amendment, coupled with the licensing of wind applications, accelerated the deployment of renewables. Consequently, the wind capacity has reached 3.7 GW, while it was only 20 MW in 2005. Similarly, geothermal capacity increased almost 30 fold and reached to 400 MW. Hydro capacity almost doubled over the same period and reached close to 24 GW. Solar will be added to the system in a big way in the near future with the completion of licensing process. The feed-in tariffs provided to renewables are indeed attractive enough for the financing of investments. Moreover, current currency exchange rates provide extra incentives to plants in operation.