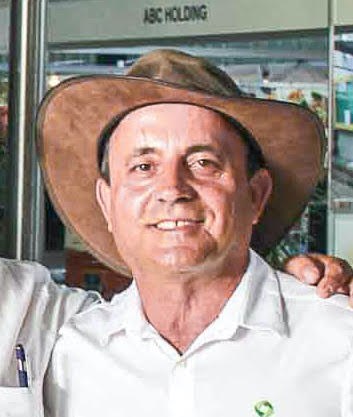 João Macedo is CEO of Novagrolider.

Novagrolider has grown to become one of the most prominent companies in the agricultural sector in Angola.

How has Novagrolider evolved since its creation?

Agrolider has been in the agricultural sector since 2005. In 2009, to gain a more national profile, we founded Novagrolider together with our Angolan partners so as to gain the same status as the nationals. Today, we produce over 60 types of products, and we demonstrate that it is possible to do it properly. The Líder Group runs several companies, and, when it became possible to expand into the agricultural sector, we went ahead.

The Angolan economy lacks for diversification. What does the agricultural industry need in order to lead this economic revolution?

Angola has great potential. It has arable land, a great climate, and water. The conditions are favorable. The country just needs to invest in knowledge. For a long time now, I have been advocating to train people to bring about more productive and more efficient agriculture. This is about investing in the local people and their knowledge and opening up further to foreign investment. This is what the government seeks. However, the outlook has to be attractive; otherwise, investors will not come. Great things can be done in Angola in terms of agriculture.

Novagrolider produces over 60,000 tons per year of squash, tomatoes, melons, and other fruits annually across 4,500ha. Can you elaborate more on this?

Over last few years, the devaluation of the currency has affected us significantly. Up until 2016, growth was over 50%. Since then, our invoicing has grown over 30%. We started a new agricultural project last year that will also increase invoicing in 2022: the Kaundo farm in Porto Amboim.

What is the significance of the Kaundo farm, an area covering 500ha that were previously abandoned and deforested?

In fact, it is more than that. The farm covers 10,000ha, but we have only cleared 500. Now, we are increasing the clearing with every passing day. We built a 25-km road and started a project in an area where there was nothing. We had to build canals, dykes, and set up all the infrastructure for irrigation systems, drainage, and almost everything. Three months after our arrival there, we had already started harvesting. This is our true goal: getting the project started and making it profitable immediately. In terms of construction and machinery, we are self sufficient, and we have the knowledge to design and launch an export-oriented project that today employs more than 500 people. We are the only company in Angola that exports agricultural products, and we are creating more and greater infrastructure to support our exports, bringing added value to our products and introducing them into various markets. We are about to sign a supply contract with Russia, we have a distribution center in Lisbon, we distribute to France, Italy, Spain, and Morocco, and we expect to distribute to northern and eastern Europe in the near future.

What is your growth forecast for the primary sector in the coming years?

I have high expectations; however, it is difficult to be sure, as companies are being constrained by the devaluation of the currency, and this hampers our investment capacity. Here, we make all of our purchases in dollars or euros. We are dependent on other countries. Fertilizers, pesticides, and machinery can be packaged and assembled here, but they are not manufactured here. The key would be to manufacture them locally. With domestic raw materials, this would become an added value for the economy as well as for us. This requires the development of local people, greater education, and overall knowledge. We are doing our part here; we have agreements with agronomy colleges, agrarian schools, and institutes, and we support technical training internships. There is further adjustment and growth with relation to the various theoretical aspects.