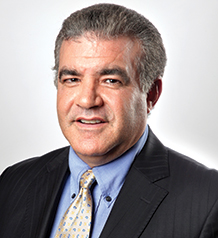 Roderick McGowen moved to Panama in the 1980s, to work in construction and infrastructure in the private sector, along with his two brothers, who work together in the company. Their support frees Roderick up to work with the Chamber of Construction to promote the integrity of the industry and business. When his father passed away in the 1990s, Roderick and his brothers expanded the business, which has been running for 53 years now. Their main function is as finishing contractors on industrial contracts.

Share on:
TBY talks to Roderick McGowen, President of the Panamanian Chamber of Construction (CAPAC), on the culture of the construction industry, facilitating new arrivals, and the future of the sector.

Can you elaborate on CAPAC’s mission?

In Panama, there are different levels of quality and types of investors, and we prefer to gather all the local contractors and promoters together. Of course there are always foreign firms that try to establish themselves in the country, so we invite those to the Chamber to understand our culture, our working methods, and the framework of the labor force. Construction in Panama generates around 200,000 jobs, which is a high figure in relation to the total workforce of around 1.7 million. We believe that 40% to 45% of construction costs are labor related, and we have been signing agreements with construction unions for the past four decades. Labor relations are a significant component of the history of the Chamber. The country has a law that employers can only hire one foreign national for every ten Panamanians, that is the relation in terms of labor. It is my personal opinion that we have a lack of human resources, not only in construction, but in general, and that is a major problem.

When you say ‘lack of human resources,’ do you mean qualified people or in general people who want to work in the sector?

I would say both; at the Chamber we are concerned about education, training, and accreditation. In fact, we have a special department for training and accreditation of workers in different sectors, and we created a safety department, because back in 2000 when construction started to grow, there were several accidents, which resulted in industrial action, and so we teamed up with the unions to create a safer working environment. This led to a decline in the rate of accidents at construction sites. We implemented a strong safety campaign among all members and noticed a significant decline in the statistics related to accidents in construction. These efforts are ongoing and we make sure that they are widely accessible.

Over the last decade, Panama City has witnessed a remarkable growth in its construction sector. How would you assess the intense urbanization that is taking place in the capital?

I would say that Panama will never again see the level of growth, in terms of construction, that it has over the past five years, as the government has pursued a particularly aggressive infrastructure plan leading to double-digit growth in 2013 and 2014. As a result, construction growth outpaced that of GDP. These were projects that benefitted society as a whole. For example, the original projections spoke of moving 120,000 people via the new subway system, whereas it is currently moving 200,000 people per day. These government-backed projects have a positive social impact in the area. We are strongly supporting the next wave of infrastructure growth, as major believers in related policies. CAPAC also understands that this government is not going to have the same facilities as the previous one, and so that is when we promote private sector cooperation to the president and government, in order to maintain sector growth of around 6.5%.

What should be done to promote and enhance incentives for investment in real estate and construction from international investors?

The country itself is an incentive; Panama is effectively a synonym for location. We are proud of our location, but Panama needs to explore that and take it to the next level. We have free zones here, Panama is open to opportunities for the international investors, and we always encourage developers and construction companies to come here. Our doors are open and there are no limitations to prevent anyone from becoming a member. It is important for investors to comprehend the culture, and we can do the networking that connects them with local people. That is part of the raison d’íªtre of the chamber. We generate networking and connect foreign investors with local contractors and people, and get involved in new ventures.