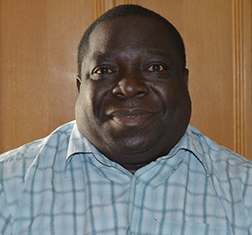 The Hon. Chishimba Kambwili holds a Certificate in Industrial Relations and Trade Union Studies, a Diploma in Business Management/Administration, a BA Development Studies, and a Master’s degree in Legislative Studies. Before his current appointment, he was Minister of Youth & Sport, Minister of Labour and Minister of Foreign Affairs.

Share on:
TBY talks to The Hon. Chishimba Kambwili, Minister of Information and Broadcasting Services, on the challenges and tasks facing the Ministry.

What are the main challenges of the Ministry of Information and Broadcasting Services for the next year?

The main challenges faced by the industry are finding resources to operate the various interconnected institutions such as the Times of Zambia and the Zambia Daily Mail. All media houses face obstacles in terms of finances and equipment. The balance sheets for the four major media houses are in the negative and are not attracting meaningful investment. As a result they are unable to borrow from the capital markets because of the state of their finances. These are historic debts, and we are keen to negotiate for debt to be transferred into shares in these entities. Then we can look into floating certain companies to the general public and raising foreign capitalization. As soon as the cabinet gives its approval, this process will commence.

What is the status of the digital migration project?

That is the largest program we are working on today. The first phase is worth close to $9 million and the second and third phases are worth more than $150 million. The second phase will encompass all areas of Zambia, that is, the whole country will have digital television. We recently completed phase one, and we switched urban areas to digital television in June before the deadline. Financing for the remaining phases will be done through Exim Bank of China.

What role does media and information transparency play in the socio-economic development of the country?

The media naturally has considerable influence on the socioeconomic development of the country. A healthy media is aware of its rights to express a viewpoint, but should also be aware of potential damage that can be done to the broader economy by presenting the nation in negative light. This has the potential to impact investor interest negatively. On the social front, the media is important in terms of its role in informing the general public of key domestic developments and government programs. The media is the Fourth Estate after the executive, the judiciary, and the legislature; meaning that the media provides the watchdog role for the arms of government and society as a whole. The media also plays the role of being the marketplace of ideas where people are provided with information for them to make informed decisions.

What role is the radio playing in the dissemination of information given the low levels of literacy in Zambia?

Although we are migrating from analogue to digital broadcasting, since independence, not all citizens have had access to radio because transmitters were not spread out to all areas of the country. The government has since installed transmitters and is still installing through ZNBC to all areas that have faced this challenge. I recently officiated at the installation of transmitters in Mufumbwe North Western Province and my predecessors have officiated in Shang’ombo, Chilubi, Mulobezi, Luwingu, and Shiwang’andu, among others. The government has also operationalized the Independent Broadcasting Authority (IBA) to quicken the pace of giving radio licences to would-be owners of private radio stations and so 71 radio stations are operational through-out the country. This has meant people accessing radio in almost all parts of the country and this means they are given a wider platform for them to make their decisions.

How is the e-government project set to improve information flow between the government and the public?

The Zambian government has embarked on a project to take government services closer to the people through an ICT platform called Government Wide Area Network. Under this platform, 24 Government ministries and other government institutions have been interconnected in Lusaka. The program will cover all provincial centers and the entire country. The project will result in a high capacity transport tier to accommodate and carry all planned government ICT applications and services such as email, e-health, and e-education, reduced internet costs, and a stable, centralised, and fast internet connection to all sites once the project is complete.

My expectation is that by the end of the year we shall have a contractor on our digital migration sites to role-out phase two and three of our digital migration project. My expectation also is that our economy will grow by between 7% and 8% in the coming year, and this will provide the state with sufficient funds to run the social and economic programs of the country. We are interdependent with other countries, and aim to make good use of international practices and set an example for the region.