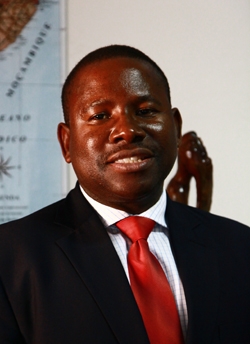 Hermenegildo Neves was born in 1965 has an educational background in Business Administration. He began his working life as an Import Officer at Nacional de Turismo in 1986 and has had a long and successful career in the tourism industry. Neves is currently Director General of Inatur.

Share on:
What have been some of INATUR’s landmark achievements as it approaches its fourth anniversary? We’ve been in the industry for a long time, albeit under different names. Our biggest achievement […]

What have been some of INATUR’s landmark achievements as it approaches its fourth anniversary?

We’ve been in the industry for a long time, albeit under different names. Our biggest achievement is having exposed Mozambique to the international market as a credible tourism investment destination. However, INATUR can’t take all of the credit for that as merit has to be given to the whole private sector, since it is marketing the country. Inatur is the official promoter, and its goal is to facilitate the entry of tourists and investors to the country. It also helps small Mozambican tour operators enter the market. At Inatur, we want to give pride and ownership to the Mozambican people. The tourism industry was historically run by the Portuguese and South Africans, but we are encouraging Mozambicans to play a role in the sector. We have been trying our best to make tourism an important industry for the economy.

How has INATUR’s portfolio increased over the past few years?

INATUR was created mainly to market Mozambique as a tourist destination. However, over the years there was a need to incorporate more roles into INATUR, thus the change of name. Energy and mineral resources are very important for economic growth, but one should bear in mind that natural resources will finish one day, while tourism is a sustainable industry that will always be there. I believe that tourism and mineral resource development will grow together hand in hand.

Which international markets have the most potential for companies coming to invest as well as incoming tourists?

We see a high number of visitors coming from neighboring countries to visit friends and relatives, as well as Portugal due to cultural and historical ties. Lately, we have seen an increased number of inbound tourists coming from Western Europe as well as the BRIC nations. The main tools we use to penetrate these markets are participating in travel shows, organizing road shows for B2B meetings, producing marketing material, as well as going to conferences. These have been the main tools. We also use our embassies as a vehicle to distribute information. Additionally, INATUR works with public relations companies that are contracted to work in China and Germany. An official from the Ministry of Tourism has just been dispatched to Brazil, and one will be dispatched to China in the next six months. We also have a tourism official at our embassy in London. Arrival numbers have been increasing, even in years when the EU was hit by recession. Global arrival numbers have been up due in part to marketing efforts, but as well as the stability that we enjoy. The natural beauty of the country is also an asset.

“We are encouraging Mozambicans to play a role in the sector.”

What have the main challenges been?

Lately, everyone has been talking about Mozambique due to the resource boom; however, there is a lack of infrastructure in the country. You can have pristine beaches and crystal clear waters, but you need infrastructure. We are not only attracting investors to build hotels, but also attracting companies to invest in infrastructure that the government is not able to provide.

What are your targets looking forward to the next few years?

I would be happy seeing 4 million to 5 million visitors per year being given top-quality service. I would also be happy to see a “Maldives” or “Mauritius” in Mozambique, with people drawn from all over the world. We always aim for the best; all of our efforts are to promote Mozambique to the outside world through our donors, corporations, and embassies. I would also be happy to see repeat tourists, as well as locals enjoying their own country. As much as it is important to attract foreign tourists, it is equally paramount to have Mozambicans be able to go to four- or five-star hotels in their own country. For now, a country like Mozambique does have other priorities, but I believe we are on the right track.