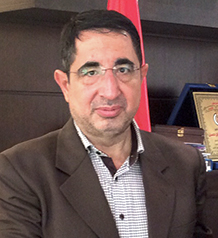 Dr. Hussein Elhajj Hassan first entered public life in 2000 as a Deputy in the Lebanese Parliament. He became the Minister of Agriculture in 2009 and the Minister of Industry in 2014. He received his masters degree in Biophysical Chemistry from Strasbourg University and, in 1984, later went on to complete his PhD in the same field of study in 1987 at Orléans University.

What steps is the ministry taking to improve the sector’s competitiveness in the region and worldwide?

The industrial sector faces a serious challenge with the cost of production contingent on the high cost of facilities. The scarcity of land in a small and mountainous country like Lebanon is behind the soaring prices of property. There is simply less space for housing agriculture and tourism. The price of land and energy is high in comparison to other countries in the region, especially the countries that provide energy subsidies. The cost of labor is also high, compared to neighboring Arab countries such as Syria, Jordan, and Egypt. Lebanon is not rich in raw materials or natural resources like petroleum or phosphates. As a result, our industry’s competitiveness is limited. After signing two major trade agreements and conventions with Arab countries and the EU, we entered new markets. Despite the resulting improvement in exports, the country still suffers an ongoing deficit in its trade balance, except for trade with Iraq. Lebanon’s GDP is around $50 billion. The country’s deficit in trade balance reached $17 billion representing a one third of the GDP.

Lebanon is a small country, with a high population density of 4.5 million per 10,000 km2. We have a multifaceted economy including banking, insurance, tourism, agriculture, and industry. The diaspora has always represented a fundamental support to our economy. Not everyone in Lebanon has the education to work in services or banking; part of the population subsists on agriculture and other industries. Industries and exports are vital to our economy. The limited success in exporting manufactured products to Arab countries is attributed to the region’s comparative advantages: subsidies, market protection policies (trade/technical barriers), etc. So many families depend on the industry sector despite its shortcomings. We have to take measures to increase subsidies similar to the ones previously allocated to agriculture and exportation. Energy must be equally subsidized; however, right now it is not possible because of the severe deficit in our budget and the ever-growing national debt. We must work to protect the industry through trade and technical barriers, or direct protection.

Which subsectors are you focusing on the most?

Agrifood is an important sector, as is jewelry and fashion. IT is important, and we are becoming known for pharmaceuticals. Our industry is very advanced, but eventually, it boils down to the cost of production. Our knowledge comes from other developed countries and our education level is extremely advanced as well.

What is your strategy to attract foreign investors into the industrial sector in Lebanon?

We are trying to attract foreign investors in IT and industrial technologies. Lebanese people are highly educated, and we have the capacity to finance all kinds of industries in the country, but competitiveness remains an obstacle. Even in technology and IT because they are not trademarks of Lebanon. We are competing with India and Pakistan that produce at a low cost. Cost and level of life are higher in Lebanon.

What can be done in the future to improve and facilitate exports and trade?

We need political decisions to be made in Lebanon. We simply have to adopt policies that allow us to have an equal and fair trade agreement. Measurements must be taken to grant Lebanese exports opportunities similar to the EU. An arbitrary testing on our agricultural products is required before export, rendering trade nearly impossible.

What are your greatest aspirations as the Minister of Industry?

My focus is to boost exportation by increasing our trade partners. We need to enhance our participation in exhibitions, to improve the quality of products and training of workers and industrialists. We must diminish the cost of production by reducing taxes, particularly exportation taxes, by 50%. We also must improve research in the industrial sector and create trade regulations to be on the same page with our partners.