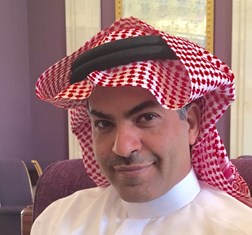 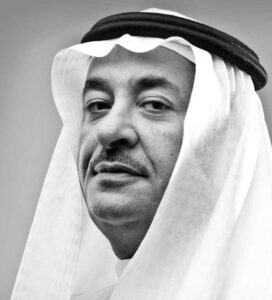 Share on:
With support from both the government and investment community, defense, mining, and manufacturing are the industries of the future in Saudi Arabia.

What have been some important recent developments at your firm?

ABDULMOHSEN ALMAJNOUNI As a small organization, we are eager to let the industry know we are serious about the projects we are taking through the cycle of commercialization. Our shallow water inspection and monitoring robot (SWIM-R), commercialized in partnership with Teledyne Marine, is the first project RPDC has taken from its inception as an idea to a completely commercialized ready-to-use product. Delivering the SWIM-R to Saudi Aramco will thus open doors to offer solutions to other major oil and gas companies in the region. At the same time, in March 2018 we signed an agreement to start working on the Saudi Vaccine and Biomanufacturing Center, a groundbreaking Saudi vaccine facility owned by the King Abdulaziz City of Science and Technology. For the project, we will partner with SaudiVax, working with Samsung for construction and engineering, and GE for the equipment. These agreements showcase the role partnerships play in our business growth and are a testimony of our commitment to creating the building blocks and capabilities that will take Saudi Arabia into industries of the future, including advanced and new manufacturing, robotics, AI, and more.

ABDULAZIZ BARAKAT AL HAMWAH Modern Mining Holding Company formed a joint venture with Trafigura to develop an integrated multi-metal smelter project that will primarily recover copper, zinc, lead, and other precious/minor metals. The complex will be established at Ras Al-Khair Mineral City. Trafigura already maintains strategic relationships with all of the leading global miners and smelters as an off-taker/supplier of metal concentrates and marketer of refined end products. Furthermore, Trafigura owns significant interests in copper, zinc, and lead smelters, including a controlling stake in Nyrstar, the largest zinc smelter in the world. This multi-billion-dollar complex will create significant value-added products and is aligned with the Kingdom’s industrialization drive under Vision 2030. Saudi is already a major user of copper, zinc, and lead, and the project’s output will mainly satisfy local and regional demand. There is also considerable emphasis upon unlocking the Kingdom’s mining resources, which has huge potential. The mining sector currently contributes about USD17 billion to national GDP. Under Vision 2030, the mining sector is expected to generate over 90,000 additional jobs and contribute over USD26 billion in annual GDP. The smelter project enhances key mining sector strategies under Vision 2030 by linking the midstream mining value chain with upstream base metals development and downstream end-users like cable manufacturers and steel producers.

What are the industries of the future in Saudi Arabia?

AA I see two potential sectors: defense and general manufacturing. With regard to defense, Saudi Arabian Military Industries (SAMI) seeks to achieve 50% localization by 2030, which represents a great opportunity for RPDC to help players migrating from more traditional operations to advanced manufacturing. Secondly, Saudi Arabia will witness many new manufacturing companies being set up. No capital expenditure is required, since no older technology and operational structures will be replaced: it is a natural step to take advantage and implement the latest capabilities in advanced manufacturing.

ABAH Saudi Arabia has considerable competitive advantages for industrial investors. The Kingdom already maintained considerable enablers for strategic investors, which have been expanded under Vision 2030. It also enjoys a strategic location, a relatively large market, considerable natural resources in the form of minerals, metals, and petroleum, and significant industrial support policies like dedicated industrial cities with first-class infrastructure, competitive utility rates (natural gas, power, and water), and land, as well as other assistance measures like inexpensive financing, which enables low-cost production base. Saudi Arabia accordingly has distinct and growing competitive advantages and without doubt would remain the number one choice for inbound FDI in the Middle East. In addition, in the past few years there has been a more proactive approach by the regulatory bodies, which are now eager to cooperate and work hand in hand with both international and local investors. Investors can directly engage with key institutions like the Ministry of Energy, Industry, and Mineral Resources, the Saudi Arabian General Investment Authority, the Royal Commission for Jubail & Yanbu, the Saudi Industrial Development Fund, and various other governmental organizations and ministries.