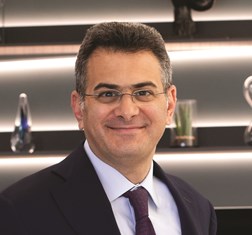 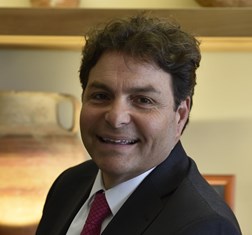 Share on:
Though Lebanese banks often grow at slower rates than their European counterparts thanks to more conservative loan-to-deposit ratios, certain players are surging ahead thanks to robust financial structuring.

What is your outlook for the immediate future?

Fadi Assali Lebanon held parliamentary elections in 2018, leading to the formation of a new government and a new cabinet after nine months of deliberations. Now the country has to initiate the reforms it committed to last year in Paris, tackling the budget deficit, the business environment, the electricity sector, and, generally, transparency. The government commissioned McKinsey & Co. to conduct a study on an economic vision to move Lebanon from a non-productive economy to a productive one, focusing on some 150 initiatives. I was part of the team that worked on this initiative. It is the first time in a long while that the government has undertaken a comprehensive plan for the economy and set itself a new methodology of work. It is a truly holistic plan, touching on the improvement of different productive sectors, success factors, and enablers such as electricity, infrastructure, transportation, and telecommunications. All stakeholders from the Lebanese economy were involved. To kickstart the development of this vision, we need a clear implementation mechanism to coordinate and oversee efforts, identifying the support needed by the different sectors. As soon as the plan starts and moves forward, banks will channel the funding to these productive sectors, performing their role as financial intermediaries.

Fadi Daouk In order to beat the competition, we are focusing on an outward and organic expansion, as we have done throughout BML’s history. We have targeted different regions, such as France and Germany in Europe, Kenya and Tanzania in Africa, and the Gulf. The key factor behind our expansion is the Lebanese diaspora. Lebanon finds itself in a unique position: every year there is an influx of USD7-8 billion additional foreign remittances, which keeps the banking sector performing. In total, Lebanese banks have USD150 billion in foreign deposits, and the country has a 72% dollar rate, which means Lebanese people own more dollars than Lebanese pounds. The Lebanese banking sector also stands out for its conservative ratios, which makes our banks comparatively less profitable than European banks. Our loan-to-deposit ratio varies between 30% and 45%, in comparison to around 80% in Europe. These measures are necessary, given the country’s risks, and have prevented Lebanon from defaulting, especially as the country is going through tough economic times.

What are your strengths as a bank?

FA The Cedrus Group is composed of two banks: the commercial and retail entity, Cedrus Bank, and the investment and private banking entity, Cedrus Invest Bank. We started in 2011 as an investment bank, though this was part of our plan to build a group with two pillars—commercial/retail and investment/private banking—under the same management. An opportunity then emerged to acquire the local operations of Standard Chartered in Lebanon, which is how Cedrus Bank was born. Now, Cedrus Group is a banking group with a capitalization of around 40%, the highest in Lebanon, where the average is around 14-15%. This is important for us, because it is not only a sign of a robust financial structure, but also shows that there is room to grow even further. Indeed, we are the fastest-growing group in Lebanon. Our equity is USD330 million, our total assets stand at around USD2 billion, and our total deposits are around USD1 billion. In 2018, we witnessed growth in total assets of around 45%, while the market average was 10%. Our deposits grew by 50% compared to the market average of 4%. We are growing much faster than the market in general.

FD Our major strength is our shareholders. We are the second-largest bank in Egypt with over 600 branch networks. We are conservative and act like a boutique bank where we always ensure that we deliver good services and care for all our clients. We also genuinely believe in SMEs, as they are an essential component of Lebanon’s economy. In 2018, we launched the first phase of our regional economic zone project in the province of Iklim Kharroub in the Shouf. This project is the first of its kind in Lebanon that aims to be fully SME-based and provide support to various productive, technological, and agricultural sectors. This will create employment opportunities and boost entrepreneurship in the region, and our bank intends to pave the way for more of these initiatives. We also need more public support and subsidized loans from the Central Bank that largely cater to SMEs.