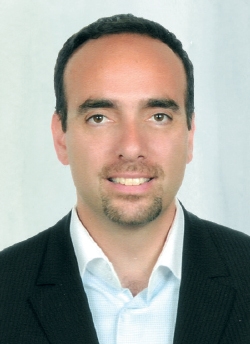 After graduating from the Business School of the American University of Beirut in 1992, Mazen joined the advertising field and has since remained one of its active players. Tree Ad Group, which he founded in 1999, ranks today among the top media houses in Lebanon and the region. In 2000, he established Ligne Bleue, and in 2006 he launched his career in hospitality with the Orchid Resort and later expanded it with La Réserve in 2010. He bases his managerial tactics on two main values: ethical conduct and team spirit.

Share on:
How did Level 5 Holding evolve into the advertising empire that it is today? I started in 1992 with an ad agency, while I was in my second year at […]

How did Level 5 Holding evolve into the advertising empire that it is today?

I started in 1992 with an ad agency, while I was in my second year at the American University of Beirut (AUB), and then shifted in 1996 to a media house, Espaces. In 1999, I founded Tree Ad with my former partner and up until then, we were doing classic regular media sales, and nothing else. Then, in the early 2000s, we ventured into retail when we acquired the franchise for Lebanon of Eden Park, the renowned French clothing, accessories, and home decoration brand. In 2004, we started consolidating the business, and established the holding company that would connect all the dots and allow us to grow further. We, therefore, founded Level 5 Holding and the latter fully acquired Tree Ad and Ligne Bleue (the franchisee of Eden Park), and then served as a legal and financial platform for our other ventures.

How did you look to broaden the activities of the company?

I am a firm believer in seizing opportunities and focusing on the “who” before the “what.” Following the consolidation process, we got the opportunity to develop a beach resort in Jiyeh. We knew very little about beaches, but it looked like a great opportunity financially. So we branched out, adding hospitality to advertising and retail as a third pillar of Level 5 Holding’s scope of work. We opened Orchid Beach Resort in 2006 one month before the Israeli-Lebanese War; nevertheless, it quickly became a success story. It might be the entity of the group that I am most proud of, as we have succeeded in making Orchid more than a beach resort; it is a destination and a franchise-able concept. We are now working on a new beach resort Orchid Batroun with a total investment of $1.5 million.

How is the advertising side of the business progressing?

From 2007 onwards, we started consolidating Tree Ad, our main advertising business. We succeeded in less than seven to eight years in increasing Tree Ad’s revenues over 10-fold, mainly by venturing into the outdoor industry and afterwards in print. Lately, we also moved toward TV as well. When we started the outdoor business, we had around four or five major suppliers that were under exclusive contracts with us. Between 2008 and 2009, we started acquiring these suppliers, and founded a company called Viacom that today owns the majority of the outdoor panels that Tree Ad sells, a kind of vertical integration for our business.

What are the most important emerging markets for you?

Our strategy is to look for opportunities irrespective of where they are. However, the natural evolution of our advertising arm is in the Levant region, whereas we aim for the Gulf for our retail operation. In 2007, Iraq was emerging from the war, and it did not have a structure for advertising flows. Noticing that there were international and multinational clients in Iraq that nobody was serving, we established Tree Ad Iraq. We started our operation there as a media-buying unit, although this is not our core business. We succeeded in doing business in Iraq for three or four years, but things slowed down as the political situation got worse. We now focus on outdoor advertising and have transformed the media-buying unit into a regular media representative, the way we do in Lebanon and Syria as well.

What is the future for Tree Ad, and how do you intend to maintain your share of the market?

Thanks to Tree Ad’s credibility we are always being approached by media looking to expand their business. We are brand builders who focus on the positioning of the medium and its image, we also help develop and implement new marketing strategies for each medium to ensure its utmost success and growth.