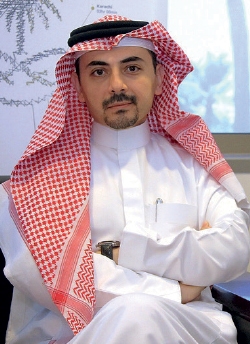 Nabil M. Khojah graduated from the King Fahd University of Petroleum & Minerals and later joined Unilever, where he occupied a series of more senior positions, including Manager of Business Systems, Manager of the Supply Chain and Logistics Department, and Manager of Market Demand Planning. In 2003, he was appointed as the Regional Manager for Logistics and Imported Products in Dubai, until 2006, when he joined DHL Logistics as General Manager for Transport and Logistics, later becoming General Manager of the company at its headquarters in Saudi Arabia. He is now CEO of Saudia Cargo.

Share on:
Saudia Cargo began as a part of Saudi Arabian Airlines, but separated from that company and is evolving on its own. Where do you fit into the Saudi Arabian and […]

Saudia Cargo began as a part of Saudi Arabian Airlines, but separated from that company and is evolving on its own. Where do you fit into the Saudi Arabian and GCC market space, and what are your broader ambitions?

Saudi Arabian Airlines is the flagship airline for the country, and, like all airlines, cargo is usually one of the products sold in addition to passenger space. The privatization vision of the Saudi Arabian Airlines group allowed Saudia Cargo to become an independent entity focused on pursuing its own growth strategy. This was met with success when a 30% stake of the cargo business was sold to a group of private investors and the company was formed. The sale introduced a private sector mindset into a public sector company. This mindset is part of a transformation to become more competitive and aggressive in the marketplace. Once that joint venture was established in 2008, various structural changes took place, and we experienced enormous growth as the company became more focused and driven. The types of challenges we have as a business are quite different from those that you would find in most parts of the world. Our problems are ones linked to growth, whereas many other companies struggle with the other side of the coin. Our business is mainly divided into two focus areas. The first area is our global cargo airline business. The second area is our cargo ground handling company. For the global cargo business, we have 100% access to our sister company Saudi Arabian Airline’s belly capacity. In addition, we have our own large freighter fleet. If you compare us with other airlines in the region, we are a significantly large freighter fleet operator as we have 15 dedicated cargo aircraft. Most regional air cargo companies are more dependent on belly passenger capacity. Geographically, where we do not have enough capacity on the passenger side, we operate our own freighters. We also recently added two 747-8s into our fleet, and we are looking at adding even more capacity in 2015.

What is your medium-term growth strategy?

We have the responsibility for handling cargo, both ramp and warehouse, for ourselves and other airlines at all of the main international airports in Saudi Arabia. This includes the King Abdulaziz International Airport in Jeddah, King Khalid International Airport in Riyadh, King Fahd International Airport in Dammam, and the airport in Medina. In addition to that, we handle cargo through outsourcing arrangements in the rest of the Kingdom’s airports. We have our own development plans for how we see the future, and are investing heavily in expanding and enhancing all of those cargo facilities. Due to our fast growth pace, warehouse capacity has become a constraint as we have reached the design limitations of most of the existing cargo facilities. We have, as I mentioned, an interesting problem, which is one to do with growth. A challenge we face today on the ground is how to channel more volumes through the existing warehouses in support of the growth while the new facilities are being built. These are temporary solutions that we will rely on until we expand our facilities. These facilities will not stop at buildings, or at warehouses. We are also exploring the concept of cargo villages.

In terms of the split between the international and the domestic cargo business, how do you foresee that developing?

In the Kingdom, we support the country’s logistics infrastructure and provide the public with a faster, more specialized mode of cargo transportation that compliments the existing infrastructure of sea, road, and rail. Most of where we operate, however, is in the international arena with all of the air cargo coming into the Kingdom and being exported out of the Kingdom. Not only that, but we also provide our customers with a global air cargo network as we bridge east, west, north, and south, benefiting from our geographical location in the heart of the Middle East.