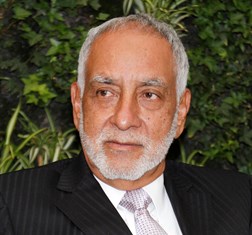 Carlos Pérez Garcí­a was appointed Minister of Hydrocarbons in April 2017, and as part of a reorganization of the government, he also took charge of the Ministry of Electricity & Renewable Energy and the Ministry of Mining as of April 2018. Prior to his public service, he worked with Halliburton, serving as General Manager for Ecuador and Brazil and regional manager for Latin America, based in Houston, US. He graduated as electrical engineer from the University of Texas at Austin in the US and started his career as operations engineer at NASA.

Share on:
With many improvements to legislation and restructuring, the Ministry of Hydrocarbons, Mining, and Electricity expects greater interest in the sector.

How will the new investment legislation affect the investment climate in the mining and hydrocarbon sector?

Following the governmental restructuring, the ministries of hydrocarbons, mining, and energy now operate as one unit. We are in the process of merging Petroamazonas EP and EP Petroecuador into one E&P company that will serve the whole chain. As an administration, we are working to attract foreign investment, with many trade and investment promotion missions to other countries, including the US, China, India, and a number of European countries. Thus far, the regulatory changes have improved the interest of the investment community significantly. This is mainly because of the new legislation with regards to taxation. For many companies that come to Ecuador, there are tax holidays for several years after they commit investments. The mining sector remains a challenge, and I met with ambassadors from the US, Canada, Chile, the UK, and Peru to discuss how we can improve the investment climate. The main issues in the mining sector are our consultations with affected communities and how these processes should be ruled to avoid misunderstandings and misinterpretations, and the approval of the environmental licenses, which currently takes too long. Once these issues are resolved, activities in the sector will move faster.

How would you evaluate the progress made in the seven concessions that were made for hydrocarbon extraction?

The current government has gone through two positive rounds, where we used the services contracts due to the fact that those blocks were under Petroamazonas, and we had no other option. We have already signed eight contracts worth USD2.3 billion, including the recently renegotiated contracts with the Shushufindi Consortium and the Pardalis Consortium, and we have lowered the tariffs and committed an additional USD800 million in investments. We have already been able to manage USD2.3 billion in investments in these signed and approved projects. In addition, we have reopened the production-sharing type contracts, which has not been done since 2002. We have modified the contracts, because the major issue was all the capital going to the company in case of windfalls. With the new contracts, this is specified and related to the WTI as a marker, and participation changes according to the WTI. This makes the operation smoother and more agreeable. We see this as a great advantage for us, and the companies prefer it as well, because it is the standard in the industry. Additionally, companies can book reserves and finance operations through these books reserves, making it even more enticing. We have had meetings here and in Houston, and we have already received 11 companies that have purchased data packages. These packages are worth USD100,000, and buying them shows a strong indication of their interest. This is still open, and we hope to continue boosting interest so we can start receiving offers, negotiating, and signing contracts—we expect to start the signing process in March 2019. We expect investments for the eight blocks in the order of USD1 billion.

What would be your main message to foreign investors considering investing in Ecuador?

The combined ministries are here to support investment and make sure that all investments are taken care of. There is a freshly instilled confidence in the country regarding respecting laws and contracts. We are pushing with Foreign Affairs and the Commerce & Trade Ministry for the negotiation and signing of bilateral investment treaties. I am open to receiving companies and explaining to them the options and presenting to them the portfolio of opportunities in Ecuador. We have projects on existing facilities and plants across the country, and in the energy sector, we are pushing for hydroelectric power and renewable resources. We are in the process of amending electricity laws so that all of these projects can be open to investors.