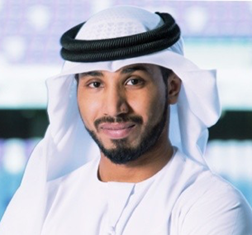 If You Build It

Rashid Abdullah Ali is a senior management professional with over 11 years of experience in diverse roles across the organizational hierarchy. Before holding the role of CEO of the Al Ain Club Investment Company, since June 2013 he has been the General Services Manager of the Al Ain Club Investment Company and Manager of the Hazza Bin Zayed Stadium, which in 2014 was elected the best stadium in the world. From 2005 to 2013, he was the Deputy Head of General Services at ECSSR. A motivational leader and mentor of multicultural and cross-functional teams, in 2018 he was appointed COO of the Special Olympics World Games Abu Dhabi 2019.

Share on:
TBY talks to Rashid Abdullah Ali, CEO of Al Ain Club Investment Company, on connecting fans and shareholders, the role of sport in the national economy, and reducing the industry's reliance on the government.

What is the current focus of Al Ain Club Investment Company, and what drives your strategy?

Since our establishment in 2013, the first step was to change the culture of sports here. In the UAE, fans used to enter stadiums without a ticket, and it took a great deal of work to educate them and establish a system based on rules. Since we started working on Phase I of Hazza bin Zayed Stadium, we had to provide smooth access and clean facilities. The club became a benchmark for the local league and infrastructure, and the same ticketing system was applied nationwide. We successively rebranded ourselves, with a new logo and slogan, capitalizing on the sporting achievements of the club. Several sponsorship agreements also helped increase the brand’s value. Today, Hazza bin Zayed Stadium is the only one that provides 5G infrastructure, as well as the first and only stadium in the region that broadcasts matches in 4K resolution. Currently, we are working on using AI to make our operation core more self-sufficient, focusing on getting visitors to the stadium, and connecting fans and shareholders of the club. The next step is to create an Al Ain FC fan office with the help of writers, designers, and photographers.

What is the UAE’s competitive advantage in terms of a sports environment, and what role will it play in the country’s economic transformation?

Sports will play an important role in the country’s economy. We are great in everything except sports. The country spends a large sum of money on infrastructure, but often does not qualify for international competitions. In developing sport here, we are starting from the ground up, changing the culture and understanding how to hold our ground along with the athletes. When clubs invest in their players and assets, this reflects positively on the local economy and community. Every club depends on the government both financially and managerially, though now, more than ever, football clubs need to become self-sufficient in terms of funding. This is why the leadership’s wise vision is to create an investment company to determine our assets, build an investment plan for the next five to 10 years, and prepare for a reduction in government support.

What are the major investment opportunities in the UAE sports sector?

Opportunities will stem from utilizing all our facilities in Al Ain FC and the UAE to host a wide variety of global events like Club World Cup/Asian Cup and the World Games Special Olympics. We now use stadiums even in the off-season; we have held a fashion show, conferences, and workshops. Previously, we were not capitalizing on our assets efficiently. To support us in this goal, we have a sports council focusing on sports tourism, creating new events in the UAE, generating money, and building our reputation and promoting the city. It also creates community services that focus on sports. However, the private sector needs to cooperate and think about how to help and boost the industry and reduce its reliance on the government.

What has been your experience in the field, and how can you apply what you learned abroad?

Despite not having any background in sports, the club invested in me and sent me to visit well-known UK Premier League clubs such as Manchester City, Manchester United, and Chelsea. I learned how to generate money from the stadiums and not the players themselves. Stadiums here have a great deal of potential when it comes to the operations themselves. They can generate money from concessions and other assets. I cannot compare the UAE to other European leagues, because those stadiums are always sold out. In addition, in those leagues, fans generally come and spend large sums of money on alcohol, which is forbidden here. Nonetheless, we are developing here on many fronts. The number of fans in stadiums is growing, and we see a significant increase in the number of women and families attending games.