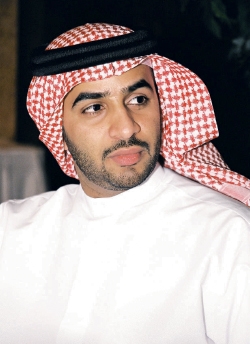 Host with the Most

Upon completing his MBA at the American University in Washington DC, Ali Saeed Bin Harmal Al Dhaheri put his knowledge to work in founding, launching, and managing several successful business entities across diverse sectors. He has been involved at a high level with government tourism and development strategy, MICE, and education management. Current key positions include Managing Director of Abu Dhabi National Exhibition Company, Chairman of Abu Dhabi University, CEO of Abu Dhabi University Holding Company. He sits on the Board of London ExCel, and is a Member of the Executive Committee for Emirates Foundation, and of the Board of Directors for National Takaful Company.

Share on:
What factors lend credibility to Abu Dhabi as an international business hub and destination? Abu Dhabi has moved up 134 places in the ICCA ranking in 2013 compared to 2012, […]

What factors lend credibility to Abu Dhabi as an international business hub and destination?

Abu Dhabi has moved up 134 places in the ICCA ranking in 2013 compared to 2012, placing it among the top 100 busiest global meeting destinations for the first time. That in itself is testament to the potential Abu Dhabi has to offer. We are one of only two cities in the Arabian Gulf to have made it that far. Between us and the Abu Dhabi Tourism and Cultural Authority (TCA), we project annual growth of 7% in tourism revenues to $5.1 billion by 2020. This is also an indication of the potential that Abu Dhabi has to offer in terms of business tourism. For example, between 2011 and 2013, the Abu Dhabi National Exhibition Centre (ADNEC) grew it exhibitions business significantly, from eight to 22 exhibitions per year. In 2012, we hosted 360 events compared to 223 previously. Also in that year, the ophthalmology conference provided further evidence of Abu Dhabi’s status as a destination for business tourism. Around 12,000 practitioners hosted their annual conference here, making it the biggest ever held in the Emirate, and marking further great success. We have splendid infrastructure facilities, and pride ourselves on being the best venue in the region in terms of growth potential. All of these factors position Abu Dhabi as a solid destination for business tourism.

How important is ADNEC in building the profile of the exhibition center?

We host a number of major events in Abu Dhabi. Among them are IDEX and ADIPEC. There are two ways to look at these. One is to consider the ability of Abu Dhabi to host, attract, nurture, and grow such events. If you take the example of IDEX or ADIPEC, these are homegrown events. We now look at those events as the two flagship events of the city that occupy the entire venue. Herein lies the vision that Abu Dhabi has in growing, nurturing, and providing the environment and support that such events require. Many other events, with the support of both ADNEC and Abu Dhabi, can also blossom. We have observed many events developing within a short period of time that come to rival the scale of their major predecessors. Relatively speaking, such events have been staged in Abu Dhabi for five or six years. Both Abu Dhabi and ADNEC are highly supportive of them, and appreciate the value participating businesses bring to the Emirate. Our work now is to provide the best environment for such events. Importantly, we see many new organizers launching shows in Abu Dhabi for the first time. Moreover, in 2013 Abu Dhabi International Petroleum Exhibition and Conference (ADIPEC) is set to be annualized for the first time, which will contribute notably to the economy, and there are many factors at play here. We set out by solely hosting IDEX, but today host a number of different shows and organizers.

Where does ADNEC fit into Vision 2030?

Do we position ourselves on the economic or tourism front? My answer is both. We are contributing to the Abu Dhabi Vision 2030 as a vehicle and driver of economic growth. Business tourism is a key, and we are working hand-in-hand with TCA to develop and support this sector. Moreover, ADNEC is contributing in different ways to employment creation in Abu Dhabi. We perceive nationalization as a key strategic factor for the city. We not only recruit talent, but also nurture it, providing experience and training development programs through our own exhibitions in London. We are creating an environment in which the talents of UAE nationals can be developed. We are also contributing to the initiatives and efforts of Abu Dhabi in terms of renewable energy, having reduced our waste footprint by 15% in 2012. Our efforts are wholly in line with the government’s Vision 2030, and are complementary to it.