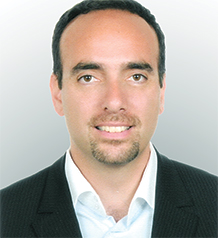 An AUB graduate, Mazen Moussallem began his career in 1992 at Trust Advertising as a Media Manager. In 1996, he moved to Espaces, a leading media house in Beirut, where he worked as Commercial Director, before joining Antoine Aad in 199 to found Tree Ad. In 2004 Tree Ad was acquired by Level 5 Holding, a Beirut-based holding company established and led by Moussallem. Since then, Moussallem has continued to lead as the Chairman and General Manager of both Level 5 Holding and Tree Ad’s Chairman.

Share on:
TBY talks to Mazen Moussallem, Chairman of Level 5 Holding, on the recent evolution of the group, expanding the regional footprint of its franchises, and anticipated changes in the media landscape.

What has been the biggest transformation for Level 5 Holding in the past two years?

We moved forward with the Orchid Batroun 27,000sqm four-phase project to open new outlets in the hospitality sector. The first phase was a beach lounge opened in July 2015, while the second one an event and wedding venue prepared for June 2016. Left to finish over the next couple of years are the third phase, a restaurant cluster, and phase four, a chalet housing development for seasonal rent. In the retail sector, we are currently further boosting the presence and the market share of Eden Park and opening the fourth POS in ABC Verdun. Finally, our media division is still the backbone of our business and constitutes 80% of our operations. We have continued expanding in outdoor by acquiring a 4X3 network that we rebranded as Douze, and investing in LED screens within Beirut City. We also signed an exclusive agreement with prestigious French group Le Figaro, with which we had a representation agreement for the Levant and that we have taken to a higher level by representing it exclusively for all GCC countries, including its online arm, CCM Benchmark, which it acquired in November 2015. We finally signed a franchising agreement with Madame Figaro, France leading women’s fashion and social magazine as a joint venture with Special Magazine for the Lebanese market.

How has Lebanon’s economic slowdown affected the advertisement industry?

Advertising is the pulse of the economic activity and you can measure the economy of a country by checking its advertising health and status. Since the economic recession started in 2012, the turnover for advertisement in the country has dropped every year. An unfortunate part of our industry is that companies tend to difficult advertisement expenditures first, as it is easier than firing employees or cutting other expenses. The second major challenge is the awful payment periods that we are facing in the advertising industry, which have increased from about 45 days after invoicing when I started 24 years ago to typically 120-150 today, which presents a great challenge for the economic development of our business.

Do you plan to take the French franchises you acquired in Lebanon to other countries in the Middle East?

For the Eden Park brand we only plan to develop it in Lebanon. For Mauboussin, we acquired the franchise for the entire Middle East and faced some significant problems in Kuwait, which led us to close our store there. Although we are well established as a group in Lebanon, we do not have the capacity to open alone in the Middle East; hence, we need to partner with a strong partner there to be able to develop Mauboussin in the region. The experience in Kuwait showed us that we cannot go in alone with this concept and need the backing of someone with sufficient knowledge of the local markets in the GCC. Dubai and Saudi Arabia are definitely the most suitable platforms to expand in the Gulf.

What impact will the plan to have full fiber-optic coverage by 2020 have on the local media and advertisement landscape?

It will transform the entire media scene, starting with TV as we do not receive it through fiber optic as they do in Europe and the US. The cable operators will have to change their business model and it is going to be a major transformation in the audiovisual scene. The current boom of digital media is also threatening traditional media, who need to evolve and adapt or else face bankruptcy. I always give the example of Le Figaro, which was able to cope with the digital revolution and even increase its distribution and total reach through its various platforms. This is a fantastic way of going through these changes—identifying the audience we should aim our digital and print segments toward.