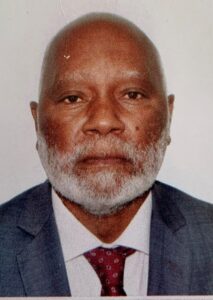 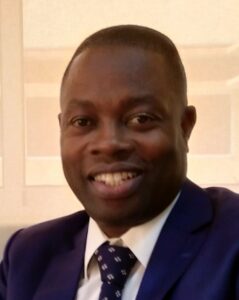 With UNESCO reporting that only 3% of Angolan citizens over the age of 25 continue on to higher education, universities have much to do to increase participation rates and grow the sector further.

ULA was the first private higher-education institution in Luanda. How has it evolved since its foundation?

MÁRIO PINTO DE ANDRADE This institution was established in Luanda in 1999, but it was in 2001 when the project was strengthened, and we trained more than 7,000 students. We now have bachelor’s degrees in law, economics, psychology, business management, international relations, architecture, and engineering. We also have master’s degrees in economic law, civil law, economics, political science, international relations, human resources, and accounting and finance. In 2012, some sections of the university became independent, i.e., no longer dependent on the university. Due to the crisis in those years, there were only 8,000 students in Luanda, and we distributed them across other campuses, achieving an average of 6,000 students. Our latest project is a plan to start a PhD in international finance.

What is the vision and mission of Jean Piaget University?

SAMUEL CARLOS VICTORINO Our aim is to continue to stand out among the universities in Angola, offering a high-quality education. We want to shine a spotlight on the university in the international context as well, since the university’s ambition is to be supported by scientific research. We want quality to be our hallmark. The educational offer is diverse and extremely different from that of other universities in Angola. For example, the human motor skills course is important to us, and we will continue to run it, even though it is not that profitable. The university, designed on the basis of humanistic principles, ultimately serves society. We invest significantly in laboratory materials to ensure high levels of training. Many doctors trained here are now working in renowned clinics being recognized by society.

What is the importance of international agreements and student exchange programs?

MPdA In addition to a cooperation academic agreement with Universidade de Paraiba in Brazil, we are conducting master’s programs in which students from other universities in Portugal and Brazil are participating, mainly from the faculty of law and the higher school of economics of the University of Lisbon; however, we are determined to internationalize this project by collaborating with European and American universities.

SCV These programs are of great importance because they facilitate the training of teachers in research. The exchange of researchers with other countries allows us to learn more. For example, before 2020, nursing and medical students did internships in Portugal. In the master’s degree courses, professors from all over the world come here to teach. In the civil engineering course, we have a great master’s degree program, as well as in the international law and finance course. This has slowed down with the pandemic, though we plan to resume it because the results have been successful.

What are your objectives for 2022?

MPdA The government’s strategy is to strengthen the educational terms in Angola as much as possible in less than 25 years and is developing a more formalized system to educate students, among which are engineering, various sciences, and technology. The university’s plans for the year are to secure new degrees in line with the government’s plans. We also plan to develop new master’s degrees in psychology, engineering, architecture, and design. We will maintain the tradition of being the best trainers and be the leaders in the market.

SCV Angolan universities have many problems and difficulties in asserting themselves as houses of science or knowledge. In 2022, we want to be involved in training and procedures for the university to fulfill its role. We also want to provide the best conditions for teachers and for students to respond appropriately to market demands. It is also extremely important that the business sector opens its doors to the university.