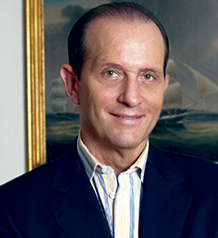 Felipe Antonio Custer was born and raised in Lima, where he attended the Roosevelt School. He received a degree in economics from Harvard in 1976 and an MBA from the Harvard Business School in 1979. He created the business known today as Corporación Custer and is now Chairman & CEO. In addition, he is the Founder and President of Fundación Custer in Lima. He is also Chair of the Advisory Board of The David Rockefeller Center for Latin American Studies at Harvard, President of the Swiss Chamber of Commerce in Lima, member of Carnegie Endowment Group of Fifty, and a member of the Board of Directors of Peru 2021.

Share on:
TBY talks to Felipe Antonio Custer, President of Corporación Custer, on challenges and opportunities.

How did Peru’s large economic slowdown in 2015 affect the company?

The slowdown hit us on several fronts, including real estate, which is relatively new for us. In 2001, one sqm of unimproved non-shore land in Paracas 250km south of Lima was worth USD5. Right now, one sqm is worth about 70 times that. Because of this growth between 2005 and 2015, people were buying pretty much anything. The slowdown resulted in significantly less people willing to buy secondary homes such as beach houses. In Lima, there is a tremendous amount of office space for sale. That demand has greatly slowed down. At one point it even came to a complete halt. We had to reduce our prices by 30% for buyers to be interested. It went from being a seller’s market to a buyer’s market. The year 2015 was more difficult in other areas, but not because of customers not wanting our products—we had important growth in snacks and also in chemicals. One of our important customers is the Ecuadorian government, which began having problems a year and a half ago because of oil and commodity prices. It was doing well a few years ago, but suddenly the bottom fell out. It was an extremely challenging year for several reasons

What can be done about the challenges of logistics in Peru?

The problem is that Peru is tens of billions of dollars behind. I made an estimate six or seven years ago that Peru was USD50 billion behind in having all the roads, schools, and hospitals that it needed. The World Bank said it was USD48 billion; however, that was six or seven years ago. Now, the figure for infrastructure alone is much higher. There are two main areas: essential infrastructure for the country to function; and a whole other infrastructure to develop what is important in terms of projections for the future tourism, mining, and so on. Those are not being developed right now. Currently, there is a tentative rebirth of confidence.

What is the importance of Grupo Custer’s international presence?

We have been historically involved in Peru and Ecuador—Peru since 1922 and Ecuador since 1935. From the 1970s, we were in Chile. We had a manufacturing company in Chile, which we got out of a few years ago; however, we will probably go back to the agribusiness sector there. We are beginning to cover all of Central America, starting from Costa Rica. We develop products for the Panamanian and Nicaraguan markets and will move beyond, for example into Guatemala. We have studied building a business in Mexico but are still working on the countries we are in because we only recently opened Bolivia.

How is your company introducing modern standards and knowledge generation in Peru?

In agrochemicals, we have become extremely involved in seeds and hybrid seeds, and we are in the process of building a plant in northern Peru to process and produce seeds for the solarium. By working on hybrid seeds, we try to move out of the older business because the stronger the seeds, the less they need our traditional products, of which there are more than 100 in the agrochemical area. We also invest a great deal in bio-nutrients and bio-pesticides. If we continue to develop seeds and see promising results, we will eventually grow out of our old business and into the new one. In food, we are redesigning all of our lines, paying more attention to the entire chain of production, from how it is raised to its processes. We pursue much more variety in our snacks and have a new line of organic snacks coming out. We also work within our neighboring communities, which is what my son Felipe focuses on, providing training to farmers.