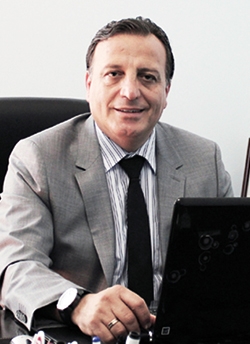 Share on:
What is the history of Qafqaz Hotels in Azerbaijan, and what is your background within the company? The former President of Azerbaijan, Heydar Aliyev, contributed a great deal to the […]

What is the history of Qafqaz Hotels in Azerbaijan, and what is your background within the company?

The former President of Azerbaijan, Heydar Aliyev, contributed a great deal to the development of the tourism industry. It is a result of his attention and care that several important events aimed at the development of tourism have taken place in Azerbaijan. One of these has been the establishment of the Gilan Tourism company, a part of Gilan LLC, in 2005. Gilan Tourism includes eight hotels of different categories under the brand name of Qafqaz and a travel agency. I was appointed as General Coordinator of Gilan Tourism in 2008, and I have been working in Azerbaijan in this position for five years now. In that time, I have opened eight hotels. God willing, we will inaugurate two more hotels in Gabala in the near future. Of course, this is a great success not only for Gilan Tourism, but also for Azerbaijan as a whole. Qafqaz has become a recognized brand name, and it is one of Azerbaijan’s first hotel chains. At the same time, Qafqaz hotels are also schools. We have provided our staff with comprehensive training on the subtleties of the tourism and hotel sector. As a matter of fact, we are proud that some of our former employees have moved on to join internationally renowned hotels using the training and experience they have obtained at Qafqaz Hotels. As a group, we are working on promoting the brand name of Qafqaz Hotels and Resorts, not only in Azerbaijan, but also around the world. To this end, we participate in annual international tourism exhibitions. However, it is worth noting that Qafqaz Hotels is already known fairly well throughout the world. It is very gratifying indeed that Qafqaz hotels are gaining international recognition as a chain of Azerbaijani hotels. I am very proud of that.

How does Qafqaz Hotels in Baku differentiate itself in light of increased competition from international hotel chains?

There is a general system of running a hotel business, which is basically the same in all hotels. What differentiates hotels from each other are their standards. When these standards are developed, it is necessary to take into consideration the values and culture of the country in which a hotel operates, as well as the interests and tastes of its people. Many members of our team, including myself, have years of experience in internationally renowned hotel brands. We are trying to combine our international and local experience and take into account the national and spiritual values of the Azerbaijani people to develop what we believe is the standard for Qafqaz Hotels.

What does hospitality mean for you?

Hospitality is a Latin word meaning “friendliness to guests.” For me, hospitality means giving the guests the opportunity to feel important, valuable, happy, and comfortable. Hospitality comes from the heart. We come across guests with different tastes and wishes, and it is not easy to please and satisfy everyone. There are moments when I feel extremely tired, but on seeing smiling and grateful customers I forget it all. No matter how tired we might be, the most important thing for us is to make our guests feel happy and at home in the atmosphere we have created for them. We always try to communicate this motto to our staff in training. Even the smallest detail matters in the hotel business. I always say this to my colleagues. If we want to provide a quality service, we need to pay attention even to the seemingly little details. This is one of the key principles of Qafqaz Hotels. We must show hospitality to our customers not only in words, but also through the expression on our faces and gestures. We often ask our guests why they prefer one hotel or restaurant to another, and the answer always boils down to hospitality, atmosphere, taste of the dishes, and the service.

Why was Gabala chosen for Qafqaz Hotels instead of other regions?

The largest number of hotels in Azerbaijani districts is concentrated in Gabala. This, however, does not mean that Gabala is the only city where the hotel business is booming. We operate the Qafqaz Sahil Hotel in an area stretching along the Caspian coast, in one of Azerbaijan’s most beautiful locations—Lankaran. We intend to open a second hotel in Lankaran in the near future. But why Gabala? I have been asked this question often. Gabala is one of the oldest Azerbaijani cities. I would even call it the heart of Azerbaijan’s northern region. Surrounded by the Greater Caucasus and sitting on the banks of the Damiraparan River, Gabala has an amazingly beautiful natural setting—emerald green forests, snow-capped mountains, the rumble of its rivers and waterfalls, mineral water springs, and hundreds of historical monuments. Gabala is also the most developed of Azerbaijani districts. Due to its natural beauty, it has always attracted tourists.

Are there any other regions where you have tabled the further expansion of the Qafqaz brand?

Azerbaijan is a very diverse country. It is rich in mineral resources, natural beauty, historical and architectural sites, and culture. We always work on improving the quality of our services, and we are certainly interested in setting up hotels in all Azerbaijani districts. This would both enable foreign visitors to discover other regions of the country and facilitate travel for local holidaymakers. God willing, we will commission two magnificent hotels in 2013-2014. One of these will be established in Lankaran in the south of the country and the other in Goygol. We are also working on several hotel projects outside of Azerbaijan at the moment.

How involved is Qafqaz Hotels in promoting sports tourism in the regions?

In an effort to develop sports tourism and diversify the recreation of tourists staying in our Gabala hotels in winter, we are currently working on a major ski center project. We hope to commission part of the ski center in late January 2013. Also, the rafting and cable park will be put into operation in Gabala in the summer of 2013. Another major project we are working on now is golf tourism. Experts invited from foreign countries are currently working on the project. All of the above will contribute significantly to the development of sports tourism in Azerbaijan.

How would you describe the current investment climate within the Azerbaijani tourism sector?

Azerbaijan’s tourism sector is developing at an unprecedented pace. In the years I have been a part of this industry, I have witnessed numerous activities, projects, and events. Five international five-star hotels have been opened in Baku over the course of one year. Baku has played host to a number of international events and competitions, the Ministry of Culture and Tourism has represented Azerbaijan in all international tourism events, the European Olympic Committee has decided to conduct the inaugural European Olympic Games in Baku in 2015, there have been numerous exhibitions, and many music festivals have been held in Azerbaijan. All these have contributed to the development of tourism in the country. When I first came to Azerbaijan, I came across a phrase by former President Heydar Aliyev in a magazine: “A nation with a high level of culture will always experience progress, will always live and develop…” During the time I have been in Azerbaijan, I have seen how diverse its culture is.

What developments have you noticed in the country over the past decade under the Ilham Aliyev administration?

I have only seen five years of President Ilham Aliyev’s 10-year administration. This period has been one of peace, stability, and security. Azerbaijan is a country where representatives of different ethnicities live together like one family, where people are independent and modern, and the country is dynamically developing. This is an indicator of successful policies carried out by the country’s leadership. I feel very happy and proud to work in brotherly Azerbaijan.