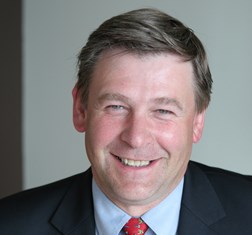 Ron Hochstein has been CEO of Lundin Gold since 2014 and has been active in Ecuador with the development of the Fruta del Norte project. He has vast experience in the mining sector; from 2009-2014, he was CEO of Denison Mines Corp. He joined Denison in 1999 and served in various executive roles. Prior to that, he was a project manager with Simons Mining Group and worked at Noranda Minerals as a metallurgical engineer. He is a professional engineer; he holds an MBA from the University of British Columbia and a bachelor’s degree from the University of Alberta.

Share on:
A focus on sustainability, local hiring and procurement, and health and safety has set Lundin apart from the pack.

Lundin Gold acquired the Fruta del Norte project in 2014. How has the operation advanced since then?

The project is going well. Following the completion of a feasibility study in 2016, we signed the main agreements with the government of Ecuador. In 2017, we completed basic engineering and the preliminary site works to prepare for the start of construction. We began detailed engineering and construction in July 2017 and anticipate producing first gold in 4Q2019. We are fully financed through a combination of equity and debt, and our entire focus now is on first production. Fruta del Norte is unique given the high gold grade.

What is the economic significance of your operations for the secondary industries around your mining project?

Lundin Gold has always been focused on local hiring and procurement. Out of the 3,000 people who are currently working for Lundin Gold, as of the end of September, approximately 59% are from local communities, and 95% of our employees and our contractors’ workforce are Ecuadorian. The workforce will soon transition from construction to operations. In terms of local procurement, we take our responsibility seriously. With the Lundin Foundation, we train local businesses to ensure their processes and compliance for tax and social security are in place. In 2017, we spent around USD1 million a month on local suppliers, which has since doubled to over USD2 million per month in 2018.

How has the dialog with the government been for such large-scale mining projects?

As we were the first company to build a western-style mine in the country, it required some patience on our side and education on the government’s side. The challenge has been our schedule, where government authorities do not have the same sense of urgency. Sometimes, that means we have to move slower than we would like as we work with various government bodies. The government is realizing that mining will be a contributor to the local and national economy and an important source of FDI.

How have you incorporated environmental and sustainable policies into your operations here?

The environmental protection side is extremely important for us. We are a public Canadian company, which already brings certain compliance. We have had three fundamental company principles since day one. The first is to work safely, and we have a strong health and safety record. Protecting the environment is our second principle; we started this project with just 40 employees onsite and currently have 3,000, but still we have continuous green campaigns to pick up litter, as one example. Our third principle is respect, not just for each other, but also for all the stakeholders involved—including the local communities and environment. In addition, because of our financing model, we have high sustainability standards. Part of our financing is debt financing with seven international banks, and we are committed to meet all IFC standards and equator principles for environmental protection.

In 2018, you raised USD1 billion of financing to develop the mine. How did that come about?

That was one of the largest financing rounds in Ecuador in a long time. The first phase was USD300 million from private equity firms Orion Mine Finance Group and Blackstone Tactial Opportunities fund. We also raised USD400 million in equity with an Australian company called Newcrest. The Lundin family invested an additional USD50 million, bringing its total investment to USD250 million. Orion also invested USD100 million. The final part was debt financing from seven banks: ING Capital, Société Générale, Caterpillar, the Bank of Nova Scotia, KfW IPEX-Bank, Natixis, and the Bank of Montreal. This brought us to USD1 billion in total financing raised, which is purely commercial financing, without the participation of the World Bank or other development banks. This will carry us through to first gold extraction.