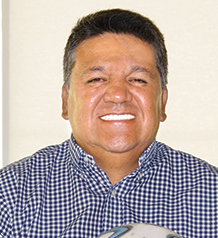 Juan Cevallos was born in Sangolquí­. He has been involved in hardware dealing since he was young, following his father, José Pí­o Cevallos Guayasamin. He studied in Santa Ana school in Sangolquí­, in the Colegio San Gabriel in Quito, and he completed his studies in the Pontificia Univesidad Católica. He also manages a football team in Sangolquí­, Clan Juvenil.

Share on:
TBY talks to, Juan Cevallos Mejí­a, General Manager of Juan Cevallos, on the demand for its products in various sectors, and regional expansion opportunities.

What was the strategy behind the partnership with Spanish company Ulma?

Ulma is a cooperative group with 4,000 members and six divisions; one of them is specialized in flanges. About 250 people work in this particular division, with annual sales of $78 billion and with 40,000 tons of production a year, covering 47 countries worldwide. Exports account for 97% of Ulma’s production. We have been Ulma’s partner in Ecuador since 2008, when we faced a problem with Chinese flanges. We saw the opportunity to increase the quality of our services thanks to this partnership. At that time, Ulma did not have a partner in Ecuador and it was a risky decision for us in terms of production costs. We have been able to position a high standard brand as well as introduce a product that did not previously exist in the Ecuadorian market, a “golden flange” at a highly competitive price. The partnership with Ulma evolved very well after that and they have come to see us as the strongest partner they could have in this market. Over the years, Ulma helped us with very valuable know-how transfer and we have been able to increase volumes year by year, entering key national projects such as Petroamazonas, where these flanges are homologated. We target several key projects in the country, such as the pipeline that runs to the Pacific Refinery. Ulma has put a lot of effort into Ecuador enabling us to work hard on positioning and consolidating their flanges, which are the most valuable and reputable products.

Is the company looking into other market niches?

We have become a strong brand in the oil and gas industry thanks to our sales and post-sales services. The combination of these two elements is what helps to make the difference in the market. We look at the possibility of expanding into the mining industry, potentially for a large pipeline project in neighboring Peru. This would be our first project beyond our borders, and we are proud to be on the right path. We would like to make the move abroad alongside Ulma and I truly believe it will happen shortly.

Where do you see Juan Cevallos in five years?

I feel very attracted to business opportunities in Peru. The oil and gas industry in Peru is like the Ecuadorian industry a decade ago. We have a lot of experience to share alongside international partners such as Ulma. This pipeline is an Odebrecht project, with whom we have already partnered in Ecuador.

What are some of the key projects you have lined up for the near future?

We closed 2014 on a $7.5 million turnover and after the 1Q2015 I can proudly say that we posted 10% growth on the same period in the previous year. This has been possible thanks to our entering several tenders. For 2015, we plan to relocate our headquarters and warehouse. The current facilities are rather small when we are fully staffed—25 people. We have grown at a rapid pace and have consequently exhausted our existing facility. I intend for construction work to commence in early 2016. And meanwhile, on the social responsibility front, we will open our first football academy in 2H2015.