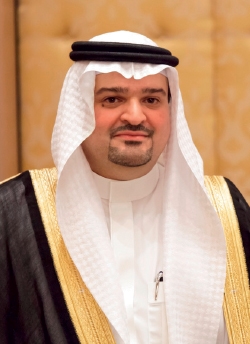 Ihsan Bafakih has more than 13 years of investment banking experience in the Kingdom. He was responsible for institutional/corporate and high-net-worth (HNW) customers of investment products and the development and distribution investment solutions that cater to target segments. He represented the National Commercial Bank (NCB), the Saudi British Bank (SABB) and HSBC at the SAMA Investment Product Committee from 1997-2006 and developed self-sustainable financial modeling for the Saudi Industrial Property Authority (MODON). He is currently the first non-family member CEO of MASIC over looking all of the holdings under one entity.

Share on:
How has MASIC evolved from a Saudi Arabia-based investment group to one that is making investments all over the world? Something we are particularly proud of is that MASIC was […]

How has MASIC evolved from a Saudi Arabia-based investment group to one that is making investments all over the world?

Something we are particularly proud of is that MASIC was one of the first players to evolve from a family-run company into a fully-fledged institution run by a team of professionals, which took on resolute decision-making. Becoming an institution is not as easy as it may seem. MASIC’s change all began with a doctorate in corporate governance setting the groundwork, followed by a constitution agreed upon by the entire family. This involved tasking independent board members who were professionals from outside the family with decision-making. The same process established our executive committee in a project that began just three years ago. I suppose that over its 83-year history, the company has evolved into one of the leading entities in the country, and has set a certain role model to follow.

In terms of investments in Saudi Arabia, what sectors do you pursue historically?

First of all, we have major homebuyers in our market. Regular asset allocation strategies tend to tell you to invest widely, with a smaller portion set aside for an emerging market such as Saudi Arabia. Yet, we in contrast began in Saudi Arabia. Our wealth was created here, and this will remain the case. We also do very selectively invest abroad. Saudi Arabia has been an area of extensive attention for us, especially in the financial sector, which incubated Bank Albilad, Jeddah; and in the real estate sector. We have under our umbrella operations MASIC Real Estate and a number of closely affiliated companies. We will continue to expand in these fields given our substantial growth opportunities. The demographics work in our favor. We’ve also branched out into logistics. We’ve also put together the largest third-party labor accommodation project in Riyadh, soon to be replicated around the country.

What are your international investments?

We have a mixture of developed and emerging markets to work in. Regionally, we have set up a company called Fajr Capital in partnership with Khazanah Nasional, the investment holding arm of the Government of Malaysia and a few other companies. Fajr Capital invests in unique private equities that are regional, focusing mostly on the countries of the Organization of the Islamic Conference (OIC). They’ve invested in the Bank of Brunei and certain oil companies; soon they are set to announce investments in industrial companies both in Saudi Arabia and abroad. Beyond the Middle East, we’ve invested in developed markets both directly and through funds. Directly, we’ve invested in companies such as Tri-Alpha (Santa Barbara, California), which is a nuclear energy company that uses a unique fusion technology. We also think that security systems are greatly important, and have invested in a company called Password that builds facilities to screen containers. Through a fund, we’ve also entered Indonesia in terms of real estate. We also partnered with Charles Schwab and have raised our hopes for Asian markets. The demographics are highly favorable, and we, therefore, see Asia as one of the areas to deploy good capital internationally.

We’ve been reassured by many financial experts that the Saudi Stock Exchange (Tadawul) is likely to open up to foreign investment in some form this year or in 2015. How will that affect your investment strategy?

First of all, I think matters have progressed in a timely manner in terms of what is required by Saudi investors, and local investors have been educated regarding the possibilities. Our domestic investor market is highly liquid. There have also been channels enabling other investors to enter the market through swap deals. Whether the market becomes fully open will be determined based upon on the legal aspects. Yet, I don’t believe that the market is still hungry for further liquidity. Regardless, our strategy of identifying a good investment with a good return and value will not change.

What is the extent of your agricultural investments?

We have an interesting agricultural palate in aquaculture, namely shrimp farming. The same technologies are being used to raise shrimp in an indoor facility in Saudi Arabia, which is the largest unbound shrimp farm in the region. It is the second largest employer both in general, and in terms of women in the city. We’d like to replicate that experience in fish farming. Also, fish could be found in areas that are less popular in Saudi Arabia, such as in the north and south of the country along the Red Sea. Once we expand there, we’ll be able to employ more local Saudis and raise their economic standing.