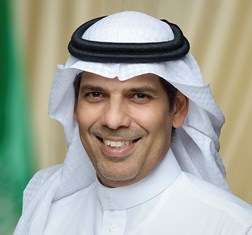 Nabil Al-Amoudi was Minister of Transport from October 2017 to October 2019. Previously, he oversaw the activities of the Saudi Ports Authority as its president. Prior to this, he had a distinguished career with Saudi Aramco. He has a degree in chemical engineering from Stanford University.

Share on:
An uptick in PPPs and a higher concentration of business in the west and Jubail are helping the Kingdom consolidate its logistics network.

How do you envision further privatization of the ports in Saudi Arabia?

The ports operations in the Kingdom have been privatized for over 20 years with long-term concession agreements. DP World, Hutchinson, and PSA, under a JV with PIF, have been in a PPP for over 20 years. We also have BOT relationships in Jeddah and Dammam, so the private sector has clearly been invested in the ports for a long time in the Kingdom. The difference is only the amount of allocated investment.

How do you plan to divide the centers of gravity more equally throughout the Kingdom, especially utilizing logistics and infrastructure investments?

The corridor from Jeddah through Riyadh to Dammam has always been the main center of gravity, simply because most of the population lives there and the national consumption is the highest there. The transportation of goods will obviously occur primarily in those three locations. That said, we see a lot of exports in the eastern province of Jubail. On the west coast, we see a lot more imports and transshipment due to the natural geographic location, as well as centers of consumption, industry, and development.

What can you tell us about the enlargements of the rail system and the announcement of the land bridge?

These will be key projects for us to execute in the next few years. For the land bridge, we have signed an MoU with the China Civil Engineering Construction Corporation (CCECC) and a Saudi company to look at how to develop it. It is still in the early days of negotiations, and the investments in railroad infrastructure are continuous.

What is the projected impact of the National Industrial Development and Logistics Plan (NIDLP), and what role will the transport sector play here?

We are one of the 13 programs launched by the Kingdom as part of its Vision 2030. NIDLP hosts most of the initiatives that the transport and logistics sectors will implement. The success, movement, and development of both sectors is contingent on the success of that program. NIDLP integrates industry with logistics to ensure the latter also has a competitive advantage for development within the Kingdom.

How do you expect e-commerce to affect the Saudi transport sector?

We see a huge increase in e-commerce that will affect last-mile delivery. We are also seeing more interest from Fedex, Aero Max, and UPS in the Kingdom and encourage them to invest in major consumption areas. Finally, we are seeing more of the goods being centered here and are in discussion with competitors in logistics and warehousing.